Brian J. Morra, Senior Fellow and Member, Board of Regents 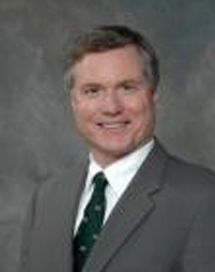 Brian J. Morra has 40 years of experience in general management, strategic planning, and business development in the aerospace and defense industry and as a board member in biotechnology, aerospace, academia, and sports management.

He is Executive Chairman of the board of the Canadian company CAE’s United States Proxy Board.

He is a member of the Bain Company’s board of advisors (A&D practice).

Mr. Morra also is an advisor to the CEO and leadership team at Fusion Constructive, a commercial software company focused on leveraging game technology for the Defense market.

Mr. Morra is the former executive chairman of the board at Akonni Biosystems and is currently on the CEO’s advisory board.

He also serves as chairman of the advisory board of the Armed Forces Cycling Classic.

He is a member (past president) of the College of William and Mary’s Graduate School of Arts and Sciences advisory board.

Lastly, Mr. Morra is a member of the Board of Regents and Senior Fellow of the Potomac Institute for Policy Studies.

At Northrop Grumman Mr. Morra spent 12 years as a sector vice president responsible for strategy, mergers and acquisitions, business development, and investment planning in Northrop Grumman Corporation’s Mission Systems Sector, which has annual revenues of about $12B.

Prior to joining Northrop Grumman in 2004, Mr. Morra was General Manager of the Transformation & Simulation business unit at General Dynamics. This business grew at an annual rate of 35 percent under Mr. Morra’s P&L leadership.

Prior to the acquisition of Veridian Corporation by General Dynamics in 2003, he served for five years as President of Veridian’s Advanced Systems & Technology Sector – a high technology business with commercial and government clients. He also assisted the Veridian corporate staff on mergers and acquisition projects and with the integration of newly acquired firms.

Mr. Morra’s government service includes a combined 15 years active and reserve duty in the U.S. Air Force as an intelligence officer, including overseas assignments and service on the Air Staff at the Pentagon.

Mr. Morra received a BA degree from the College of William & Mary, an MPA from the University of Oklahoma, and a MA degree in government and national security studies from Georgetown University. He is a graduate of Harvard Business School’s Advanced Management Program.

He is past President of the College of William and Mary’s Graduate School of Arts and Sciences Advisory Board. He was a long-time member of the advisory board at the University of Virginia’s School of Engineering and Applied Sciences. Mr. Morra is a former director of the CEA Corporation, with headquarters in Canberra, Australia.