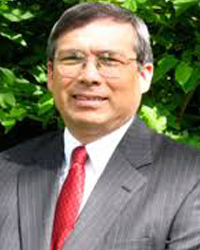 CAPT Ken Hamilton, USNR (Ret.), is a Senior Fellow of the Institute. He has had a distinguished career both as a naval officer and as an expert in DoD acquisition management.  He is the founder and President of the KENTIA Management Group, Inc (KTMG) a private engineering management consulting firm supporting various major DoD Acquisition Programs and industry clients.  He has served the principle strategic management advisor to ACAT I acquisition programs and served as a founding member and acquisition management subject matter expert for OSD’s Systems of Systems Center of Excellence (SOSECE), whose charter was to apply the latest tenets of systems science to the development of methodologies for streamlining the DoD acquisition process.  Mr. Hamilton is also the co-founder and President of Mission Technology Systems, LLC (MTS) which is the manufacturer of small tactical unmanned aerial systems (STUAS).

From 1984 to 1997, Mr. Hamilton specialized in rapid acquisition and mission support first for the U.S. Navy SEALs and later for the Joint Special Operations Forces (SOF) as the first senior technical advisor for maritime special operations to the Commander, U.S. Special Operations Command (USSOCOM), Tampa, FL.  During this period, he attained DAWIA Level III certifications for Acquisition Program Manager and Systems Engineer. In 1998, Mr. Hamilton was detailed to the National Reconnaissance Office (NRO) to lead a program aimed at eliminating the Navy’s time critical targeting shortfalls.  He also led a family of research projects for the Office of Naval Research (ONR) supporting the Navy’s “Command Center of the Future” and co-chaired the National Technology Alliance (NTA).  The NTA was a joint ONR/NIMA research program aimed at attracting leading edge technology developments from industry that the DoD would otherwise have no access to.

In 2003, Mr. Hamilton founded the KENTIA Management Group (KTMG), and he co-founded Mission Technology Systems (MTS) in 2011.  He currently supports the Naval Air Systems Command (NAVAIR), Patuxent River, MD in the rapid development and fielding of ISR technologies aimed at total integrated domain awareness for the war fighter.  Special emphasis is on the development of concepts of operations (CONOP) for both manned and unmanned aerial ISR capabilities and the subsequent development of the most expeditious methods for fielding these capabilities.

CAPT Hamilton’s military career included 30 years of active and reserve service following graduation from the U.S. Naval Academy in 1978.  A Surface Warfare Officer (SWO) by trade, his assignments included 30 years of progressive experience in a succession of line and staff positions of increasing responsibility. He served as the Air Defense Officer reporting to Commander, U.S. Second Fleet in response to the terrorist attacks of 9/11 and as the senior naval advisor the Commander, JTF KATRINA during the response to that disaster. He is a 1200+ hour instrument rated private pilot.  His decorations and awards include the Defense Superior Service Medal, the Legion of Merit, the Defense Meritorious Service Medal, the Meritorious Service Medal (with two Gold Stars), the Navy Commendation Medal (with one Gold Star), and various service and campaign awards.