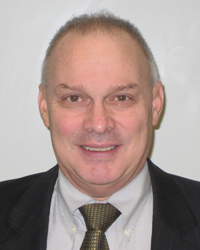 Ambassador David J. Smith is Senior Fellow  at the Potomac Institute for Policy Studies in Arlington.  He is also Director of the Georgian Security Analysis Center (GSAC) at the Georgian Foundation for Strategic and International Studies in Tbilisi, Georgia.  His other areas of expertise include U.S. strategic missile defense, arms control, European security policy, and security relationships with China, Russia, and Korea. He also has in-depth experience in building effective security institutions in the South Caucasus region.

From 2002 to 2006 he was U.S. Member of the International Security Advisory Board, assisting Georgia to build democracy and establish functional national security institutions.  Earlier, President George H. W. Bush nominated Ambassador Smith to lead the U.S. – Soviet Defense and Space Talks. He was confirmed by the Senate and sworn in by Senator Bob Dole on September 21, 1989. He subsequently led the U.S. team that worked to negotiate an agreement to allow deployment of defenses against the growing threat of ballistic missiles until the demise of the Soviet Union in 1991.

From 2002 to 2005, Ambassador Smith was Chief Operating Officer of the National Institute for Public Policy. From 1993 to 2002, he was President of Global Horizons, Inc., consulting on defense, international security issues and overseas business development.  He previously served as Chief of Staff for Arizona Congressman Jon Kyl, Assistant for Strategic Policy and Arms Control to Senate Republican Leader Bob Dole, Professional Staff Member for the Senate Committee on Foreign Relations and International Negotiations Staff Officer for the Joint Chiefs of Staff.  His diplomatic experience includes service on U.S. delegations to negotiations on conventional forces, chemical weapons and space. He was a Major in the U.S. Air Force.

Ambassador Smith’s articles have appeared in publications around the world.  He has contributed chapters to The Guns of August 2008, edited by Svante E. Cornell and S. Frederick Starr and #CyberDoc:No Borders—No Boundaries, edited by  Timothy R. Sample and Michael S. Swetnam.  Some recent articles include “Rouhani’s Rooster Tail,” co-authored with Bijan Kian and R. James Woolsey in The Hill and “Time to Confront China’s Cyber Espionage” in Defense News.  His presentation, Russian Cyber Capabilities, Policy and Practice, has been made to dozens of US and international audiences.

Ambassador Smith holds degrees from the University of Arizona, the London School of Economics and Harvard University.  He is a Ph.D. candidate at Ilia State University in Tbilisi, Georgia.