Peggy Evans, Senior Fellow and Member, Board of Regents 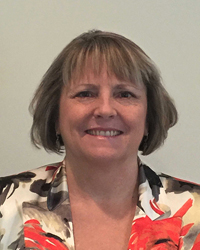 Ms. Peggy Evans has broad experience in intelligence and defense across two branches of government, as well as in industry and non-profit think tanks. She has served at the CIA, at the Office of Management and Budget in the White House, and as Budget Director on the Senate Select Committee on Intelligence. Since her retirement from government service, Ms. Evans has built on this unusual and varied experience and now serves as a Senior Fellow and a member of the Board of Regents at the Potomac Institute for Policy Studies. She also runs a boutique consulting company specializing in strategic thinking and policy development.
At the Institute, Ms. Evans helps bring technical solutions and innovation to the national security community. Her projects have addressed a wide-ranging set of issues: ITAR, the changing intelligence analysis ecosystem, trusted semiconductors for defense programs, international intelligence sharing in counterterrorism, acquisition reform and classified programs. She has also worked with the Intelligence Community and the Department of Defense to identify commercial and novel solutions to immediate technology needs. Ms. Evans also works to identify nascent technologies and emerging capabilities to address critical mission gaps. She holds a TS/SCI clearance with polygraph.
As President of Evans Strategic Consulting (ESC), Ms. Evans works with government organizations and with companies that vary in size and scope from start-ups through medium-sized firms and up to prime integrators to meet mission needs, identify and invest in critical solutions and personnel, and create pathways to increased effectiveness. She donates a significant share of her time on a pro bono basis to small companies with new products and technologies that deserve consideration by the U.S. government national security sector. Finally, Ms. Evans advises Members of Congress on space architecture questions and other technical issues.
Ms. Evans retired from government after decades of experience in intelligence and national security programs in the Department of Defense, CIA, the White House and the Senate. As the Budget Director for the Senate Select Committee on Intelligence from 2009 to 2013, she developed thematic strategies for reviewing the roughly $70 billion intelligence budget in anticipation of a period of declining resources. During her tenure, the SSCI passed four bills in succession that were signed into law, after a drought of five years with no authorization act.
From 2002 to 2009, Ms. Evans founded and led companies that built green homes and provided environmentally sustainable consulting services to builders, facility managers and homeowners. She designed and developed homes on the Outer Banks and in the Washington, DC area. Her real estate company, Amour Properties, was EPA Energy Star-certified, and her homes were awarded the Green Home Choice designation.
Prior to her involvement in green building, Ms. Evans worked for two years at Electronic Data Systems. She began as director for business development, after which she joined the Navy Marine Corps Intranet Program (NMCI). She served as director of strategy and then led the testing team that conducted and completed live operational testing, working jointly with the NMCI operational team, the customer bases and air stations, and experts from the Institute of Defense Analyses.
Her service at the Office of Management and Budget from 1995-2000 focused on budget and programmatic oversight of the intelligence community and of the Department of Defense, culminating in her assignment as Acting Deputy Associate Director for National Security. Ms. Evans’ budgetary purview at the time exceeded $300 billion. She created and directed a novel means to prioritize and then identify funding for issues such as counterterrorism and critical infrastructure protection that cut across agency lines. Her leadership led to joint whole-of-government reviews with the National Security Council, the Office of Science and Technology Policy, and the Office of National Drug Control Policy.
During her 13 years at the Central Intelligence Agency starting in 1982, Ms. Evans played many roles, including performing and managing analysis, operations, and covert action programs. Later assignments concentrated on strategic planning, organizational change, and programmatic development and prioritization. She is a plank holder in the Counterterrorism Center, the Counterintelligence Center, the first Counterproliferation operations unit and is also the co-architect of a novel collection program.
Ms. Evans and her husband Roger Ney live in McLean, Virginia. They have six grown children. She spends her off hours with her family and enjoying her favorite activities, including soccer, reading, pottery, and residential design.