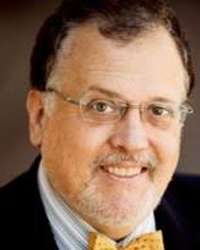 Dr. Jonathan Javitt is a physician with a background in information technology, health economics, and public health. His scientific publications have been cited by more than 17,000 people and he is ranked among the top 1% of quoted scientists worldwide. At the Potomac Institute, he has focused on projects related to biodefense, drug and device approval policy, and the needs of first responders. He currently serves as Chairman and CEO of NeuroRx, Inc., a CNS-focused innovative pharmaceutical company that is developing a first-in-class drug to treat suicidal depression

Dr. Javitt previously served as a commissioned Presidential appointee in the areas of health care and biodefense. He served as assistant to the Chairman of the Health Professionals Review Group of the White House Health Reform Task Force and a Special Government Employee in the Executive Office of the President under President Clinton. He was appointed by President Bush in 2003 to the President's Information Technology Advisory Committee (PITAC), where he chaired the Health Subcommittee and also served as a Special Employee of the Undersecretary of Defense (ATL). PITAC’s report, Revolutionizing Health Care through Information Technology, has served as the blueprint for Executive Order 13335, establishing the Office of the National Coordinator for Health IT. Dr. Javitt was also appointed by the White House as an at-large delegate to the 2006 White House Conference on Aging.

Dr. Javitt graduated in 1978 with honors in Biochemistry from Princeton University and earned his M.D. at Cornell University Medical College. He was awarded a Kellogg Foundation Fellowship to attend the Harvard School of Public Health, from which he graduated with an M.P.H. in Health Policy and Management. In 2015, he was designated an Alumnus of Merit, the highest honor bestowed by Harvard University to graduates of the School of Public Health.
Dr. Javitt joined the faculty of Johns Hopkins in 1988 as the first ophthalmologist to be granted a Physician Scientist Award by the National Eye Institute of the National Institutes of Health. He continues to serve as an adjunct Professor of Ophthalmology at Johns Hopkins. He joined the faculty of Georgetown University in 1990, where he directed and participated in more than $20 million of federally-funded research focused on outcomes of, and delivery of, health care including diseases of the eye, diabetes, and breast cancer. He is the author of more than 200 publications related to health care delivery and holds two U.S. patents. He authored the first book on computers in medicine and has published more than 200 scientific works in the New England Journal of Medicine, the Journal of the American Medical Association, and numerous other peer-reviewed publications. His first novel, Capitol Reflections, has just been published by Sterling and Ross, to critical acclaim.

Dr. Javitt has been an expert consultant to the World Bank, the National Institutes of Health, the Health Care Financing Administration, Department of Veterans Affairs, and the ministries of health of United Kingdom, Sweden, Australia, Japan, and the Netherlands. He has been an active consultant in pharmacoeconomics and pharmaceutical development and has completed product development projects for Alcon, Allergan, American Home Products, Chiron, Eyetech, Lilly, Merck, Pharmacia, and Pfizer. He regularly consults on policy and legal issues and is admitted as an expert consultant in both Federal and State jurisdictions.