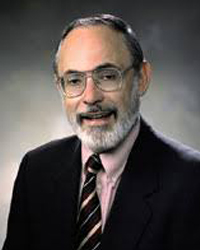 Gerold Yonas, PhD, is a Senior Fellow.  Dr. Yonas serves as a Research Science Affiliate at the Mind Research Network in Albuquerque, NM.

Previously, Dr. Yonas worked at the Sandia National Laboratories, where he served as vice president of Systems, Science and Technology, and later became Sandia's principal scientist and initiated Sandia's Advanced Concepts Group.  He is a Fellow of the American Physical Society and a Fellow of the American Institute of Aeronautics and Astronautics.  He has received numerous honors including the US Air Force Medal for Meritorious Civilian Service and the Secretary of Defense Medal for Outstanding Public Service.

Dr. Yonas serves on several defense boards and is an adjunct professor in the Department of Electrical and Computer Engineering at the University of New Mexico.  He has published extensively in the fields of intense particle beams, inertial confinement fusion, strategic defense technologies, technology transfer, and "wicked engineering." He received his PhD in engineering science and physics at the California Institute of Technology.