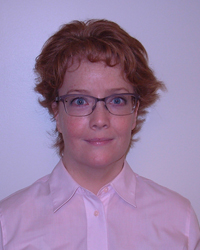 Shana Dale, the immediate past Deputy Administrator of NASA, is a recognized senior executive and leader in aerospace policy and in homeland security, and has broad experience in national security. She also has extensive federal government knowledge and experience, and proven abilities navigating the legislative process, White House policy and procedures, and agency operations.

Serving as second-in-command, she was responsible to the NASA Administrator for providing overall leadership, planning, and policy direction. Ms. Dale, along with the Administrator, led NASA as it undertook the enormous transition from retiring the Space Shuttle to developing the United States’ next human space flight capability. She represented NASA to the White House, U.S. Congress, other U.S. government offices, foreign governments, industry, non-governmental organizations, and the public.

Her concern for adequate NASA appropriations and the perceived lack of NASA’s relevance by the American public led her to revitalize legislative strategy, public outreach, and strategic messaging in order to strengthen NASA’s position with Congress, the White House, and the American public. Through her leadership in this effort, NASA officials now speak to groups beyond the traditional aerospace audiences -- broadening outreach with a focus on NASA-related technologies, and how NASA makes major contributions to the nation’s innovative and economic competitive edge.

While serving at the White House, immediately after 9/11, Ms. Dale worked very closely with the newly emerging Office of Homeland Security in the White House to ensure that science and technology became a fundamental tool in efforts to protect the country. Her efforts resulted in her leading the Homeland & National Security Division at the Office of Science and Technology Policy. After the anthrax attacks on U.S. mail, she led the interagency team that developed standards and procedures for irradiation of mail, under enormous time pressure, resulting in a process that successfully neutralized anthrax spores.

She has successfully led offices in the U.S. House of Representatives and White House through periods of major change including transition from minority to majority status in Congress and transition to a new Administration in the White House. She is known for her deep understanding of the inner workings of the U.S. Congress, White House, and NASA. Before joining NASA, Ms. Dale was Deputy Director for Homeland and National Security for the Office of Science and Technology Policy in the Executive Office of the President. She also served over ten years on Capitol Hill including her tenure as Staff Director of the House Subcommittee on Space & Aeronautics.

In recognition for her professional commitment to service, she was a member of the Board of Directors of Women in Aerospace for four years. Ms. Dale has been honored with awards from the National Capital Area Council of the Boy Scouts of America, the Women’s World Awards, the Congressional Black Caucus, and Women in Aerospace.

She received her B.S. with honors in management information systems from the University of Tulsa and her J.D. from California Western School of Law. She is a member of the bars of California and the District of Columbia, and is admitted to practice before the United States Supreme Court. Ms. Dale resides in Washington, DC.