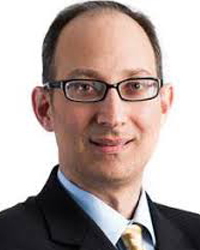 Tevi Troy is a best-selling presidential historian, and a former senior government official. His latest book is Fight House: Rivalries in the White House, from Truman to Trump.

On August 3, 2007, Dr. Troy was unanimously confirmed by the U.S. Senate as the Deputy Secretary of the U.S. Department of Health and Human Services. As Deputy Secretary, Dr. Troy was the chief operating officer of the largest civilian department in the federal government, with a budget of $716 billion and over 67,000 employees.

Dr. Troy has extensive White House experience, having served in several high-level positions over a five-year period, culminating in his service as Deputy Assistant and then Acting Assistant to the President for Domestic Policy.

In addition to his senior level government work and health care expertise, Dr. Troy is also a presidential historian, making him one of only a handful of historians who has both studied the White House as a historian and worked there at the highest levels. He is the author of the best-selling book, What Jefferson Read, Ike Watched, and Obama Tweeted: 200 Years of Popular Culture in the White House, as well as Intellectuals and the American Presidency: Philosophers, Jesters, or Technicians?, and Shall We Wake the President? Two Centuries of Disaster Management in the Oval Office. He has written over 250 published articles, for The New York Times, The Wall Street Journal, The Washington Post, The New Republic, Commentary, National Review, Washingtonian, The Weekly Standard, and other publications. He is a frequent television and radio analyst, and has appeared on CNBC, CNN, C-SPAN, Fox News, Fox Business, and The NewsHour, among other outlets.

Dr. Troy's many other affiliations include: adjunct fellow at Hudson Institute; contributing editor for Washingtonian magazine; member of the publication committee of National Affairs; member of the Board of Fellows of the Jewish Policy Center; a Senior Fellow at the Potomac Institute; and a member of the Bipartisan Commission on Biodefense.

Dr. Troy has a B.S. in Industrial and Labor Relations from Cornell University and an M.A and Ph.D. in American Civilization from the University of Texas at Austin.

Dr. Troy lives in Maryland with his wife, Kami, and four children.