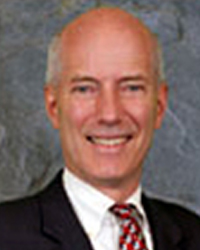 Additionally, Mr. Coleman is Senior Associate of PRASAM, advising a variety of clients on strategic, technology and business development opportunities in Space, Defense and the Intelligence Community. Previously, as Director of Research, he oversaw research for the firm’s clients on a variety of topics including Quantum Computing, BMC3/ISR, Future Combat Systems, Red Force Tracking and Space Based Radar.

Mr. Coleman is also President of Space Transportation Association, a group which focuses on advancing the interests of the space launch industry.

Prior to working with STA and Lockheed, Mr. Coleman and his family sold Review Management Company, the mutual fund management company of OTC Securities Fund to Rockefeller and Company and The Prospect Group in New York. After the sale Mr. Coleman worked for the two firms searching for investment and acquisition opportunities. Starting in 1987 Mr. Coleman founded and managed a boutique investment bank, RCV Investments, which specialized in Mergers & Acquisitions, working with US, European, and Japanese high tech clients.

Mr. Coleman started on the Hill in 1979 working with the Senate Steering Committee working on nuclear weapons issues and the SALT II Treaty, and later served on the staff of Senator Dick Schweiker (R-PA).  At George Washington University, Mr. Coleman received a Wolcott Scholarship and completed his Masters degree in Security Policy Studies in 1983. After graduate school Mr. Coleman served as an Analyst with HRA, Inc, where he analyzed the implications of deploying Intermediate Nuclear Forces and the Strategic Defense Initiative for the Department of Defense and German Ministry of Defense.

Mr. Coleman received a BA in International Relations and History from Lehigh University in 1978 and MA in Security Policy Studies from George Washington University in 1983.