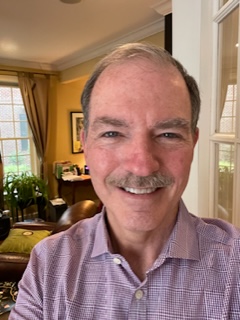 John Wilson is a tech entrepreneur/investor with experience across climate technology. For eight years he helped speed US development of electric-drive technologies as founding director of a DARPA-funded consortium on transportation advances, now named the Center for Transportation and the Environment. He was CEO of the eMotion Mobility venture with American Le Mans owner Donald Panoz and Daimler that developed an electric Smart car for car-sharing. And he has advised Johnson Energy Storage, which aims to commercialize advanced lithium battery technologies developed by former Air Force and NASA rocket scientist and inventor Lonnie Johnson.

Early in his career he worked for two members of Congress developing incentives for renewable energy. He then helped expand them as Legislative Coordinator for the Solar Lobby and as founder of the Renewable Energy Institute.

While working for Congress, Wilson co-chaired a staff group between Congress and the White House to speed the government’s digital transition of legislative and regulatory information. He later founded a Washington office for the Southern Legislative Conference and Southern Governors Association, which he headed for three years.

In 2012 he became a venture partner with Paladin Capital Group, a leading global investor in innovative cyber companies. For four years he was Board Advisor and then Chief Strategy Officer to a publicly traded SaaS delivery management firm. He previously cofounded digital display firm NanoLumens and was founding Chairman of social media ratings firm Share Rocket.

In 2011, he helped launch GigTank, a global accelerator for startups on Chattanooga’s Gigabit-fiber network. For over a decade he has co-chaired the Technology Association of Georgia's Top-40 innovative firm competition and has served as an investor, mentor or judge with Techstars, Georgia Tech’s Flashpoint, NeuroLaunch and CyberLaunch accelerators, Emory University’s Excellerator and Valor Venture’s Startup Runway.