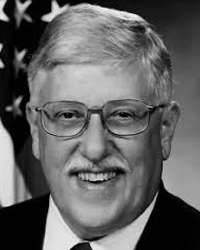 The Honorable Arthur L. Money became the Assistant Secretary of Defense for Command, Control, Communications and Intelligence (ASD C3I) on 5 October 1999 until 7 April 2001. Prior to his Senate confirmation as the ASD C3I, Mr. Money served as the Senior Civilian Official, Office of the ASD C3I, from February 1998 to October 1999. He also served as the Department of Defense (DOD) Chief Information Officer (CIO) from February 1998 to April 2001.