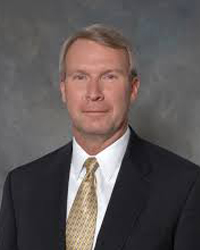 Colonel David Chaffee, USAF (retired) is a Senior Fellow of the Institute. He had a distinguished career in the Air Force, 24 years of which were direct acquisition program engineering and management. After retiring from the Air Force, Mr. Chaffee joined a large Defense Industry prime contractor where he continued in roles of program management, business unit management and director of Business Development and Strategy for 13 years. His experience includes management of multiple ACAT I programs and spans domains of space, airborne, and ground systems for direct combat, sustainment, command and control, and Intelligence, Surveillance and Reconnaissance missions. His expertise in acquisition includes Department of Defense and Intelligence Community programs and contracts.

In his early career, Mr. Chaffee became program manager of the F100-PW-220 and 220 Equivalent jet engine programs during the “Great Engine War”. After a tour in the Pentagon, he became the Deputy Program Manager and COTR for the Lockheed Martin entrant for the Joint Advanced Strike Technology (JAST) Program and later in the same role for the Concept Development Phase of the early Joint Strike Fighter Program. After pinning O-6, he served two years with classified programs at a Logistics Center ending his last tour as the System Program Director for Air Force and Joint Battle Management/Command and Control Programs. This portfolio included two ACAT I programs, one of which was joint and the other a cooperative C2 system. Joining Northrop Grumman in 2002, Mr. Chaffee continued in leadership and management roles for Intelligence, Surveillance and Reconnaissance programs. Well steeped in the Distributed Common Ground Systems programs, he also managed a portfolio of intelligence programs supporting several Agencies of the DNI. He concluded his career in a space program where he was responsible for Advanced Development Concepts and Program Advocacy and Outreach.

A graduate of the Air Force Academy, 1977, Mr. Chaffee attended all military schools in residence and was a Distinguished Graduate in several. He completed all required levels of Acquisition Management and went on graduate from the Senior Acquisition Management course, Industrial College of the Armed Forces, Executive Program Management at Fort Belvoir, The Wharton School of Business Financial Management Course and the Chicago School of Business for Strategy. With a Master of Science in Aeronautical Engineering (AFIT) and another in National Resource Strategy, Mr. Chaffee also served as Assistant Professor of Aeronautics at the United States Air Force Academy.