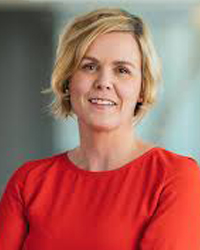 A seasoned litigator and member of Venable’s Commercial Litigation Group, Courtney Sullivan has extensive government and private practice courtroom experience focusing on criminal and civil matters. She represents clients in a host of industries including government contracting, hospitality, and cybersecurity. She also has significant experience in investigations, strategic planning, and privacy matters.

Ms. Sullivan most recently served as a trial attorney in the Department of Justice (DOJ) Counterterrorism Section, National Security Division. In this role she successfully prosecuted a number of high-profile terrorism trials in a variety of federal courts across the country, advised the Assistant Attorney General for National Security on classified intelligence operations, and managed investigations with members of the intelligence community, including the FBI, CIA, the Department of Defense, the Department of Treasury, and the Department of State. She also worked in close coordination with multiple foreign governments in domestic and foreign terrorism prosecutions and investigations. In federal terrorism trials, Ms. Sullivan held primary responsibility for the government’s use and protection of classified information. She has held the highest-level security clearance, handling some of the government’s most sensitive national security information, for nearly twelve years. She participated in and supervised some of the largest terrorist investigations in U.S. history.

Ms. Sullivan joined DOJ in 2003 and held a variety of national-security positions over the course of more than a decade. She has received recognition from four successive Attorneys General, and a medal for distinguished civilian service from the Department of Defense. As an attorney advisor and Senior attorney in the Office of Intelligence Policy and Review, Ms. Sullivan represented the United States before the Foreign Intelligence Surveillance Court and conducted oversight of the intelligence agencies to ensure federal law compliance—particularly the privacy rights of U.S. citizens. She later accepted a detail to prosecute, in military commissions, a number of High Value Detainees (HVDs), ultimately negotiating the first and only guilty plea and cooperation agreement with an HVD, resulting in a sentence of nineteen to twenty-five years. Most recently, Ms. Sullivan served as Deputy to the Chief Prosecutor of the Military Commissions, a Brigadier General, and led a second successful plea and cooperation agreement with a Guantanamo Bay detainee, while also advising and working on the ongoing 9/11 and U.S.S. Cole prosecutions.

Ms. Sullivan was the lead prosecutor on the United States efforts to prosecute a number of perpetrators of the deadly October 2002 terrorist attacks on nightclubs and the U.S. Consulate in Bali, Indonesia, which resulted in over 200 murders, the August 2003 bombing of the J.W. Marriott in Jakarta, Indonesia, and the 2009 bombings of the J.W. Marriott and Ritz Carlton hotels in Jakarta. She also led the United States’ efforts to develop one of the most significant terrorist cooperators in recent history, a British citizen who was a co-conspirator in the Richard Reid “shoe bomb” plot, who has been a key witness in the prosecution of a number of recent terrorist trials in the Southern and Eastern Districts of New York.

Prior to her tenure at DOJ, Ms. Sullivan worked as a commercial litigation associate for over five years in private practice. She was involved in all manner of disputes ranging from intellectual property to partnerships. Her practice area focused largely on construction litigation (including government contracts), products liability defense, and international arbitration.