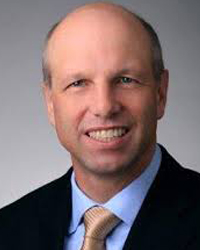 Retired Colonel (Dr.) Scott D. Lathrop is the Director of Secure Autonomy at Soar Technology (SoarTech), leading research in artificial intelligence to enhance cyberspace/security operations and to ensure trustworthy autonomy. Scott retired as a Colonel from the United States Army, culminating his career as the Director of Advanced Concepts and Technology at the United States Cyber Command where he led the command’s research and development efforts while serving as the chief scientist and technology officer for the Commander, United States Cyber Command/Director, National Security Agency. Scott received the Army’s Draper Leadership Award as an Armored/Cavalry company commander, led the development of some of the Army’s first distributed command and control applications, helped stand up the National Military Academy of Afghanistan’s Computer Science Department, and was recognized for teaching and research excellence as an associate professor at West Point’s nationally-rated Electrical Engineering and Computer Science Department. He was an early developer and coach of the Military Academies’ and the National Security Agency’s Cyber Defense Exercise and an early contributor to West Point’s robotics program. Scott is a distinguished graduate and top computer science graduate from the United States Military Academy and holds a Ph.D. in Computer Science and Engineering from the University of Michigan. His research interests include cognitive architectures, cybersecurity, and autonomous unmanned systems, publishing 20+ articles in those areas.