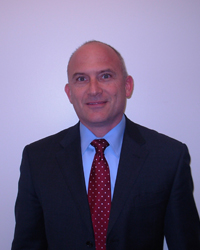 Dr. Schmorrow was named a Potomac Institute Senior Fellow in October 2013. Dr. Schmorrow is currently the Chief Scientist at Soar Technology (SoarTech) where he is leading the advancement of research and technology tracks to build intelligent systems for defense, government, and commercial applications that emulate human decision making in order to make people more prepared, more informed and more capable.

Dr. Schmorrow is one of the nation’s leading experts on national security research, technology, and policy related to information technology, medical research, and human performance applications. He led numerous initiatives that transformed promising technologies into operational capabilities and he successfully transitioned several significant prototypes to operational use. He has extensive experience collaborating with all of the DoD Services and Components, the National Science Foundation, the National Institutes of Health, the Department of Homeland Security, the Intelligence Community, and other federal agencies, as well as partner nations and international organizations.

Dr. Schmorrow has extensive senior-level experience in human systems, information technology and autonomy for national security applications. He was a key architect of the DoD’s sociocultural behavior research and engineering strategy and helped define the role of autonomy in DoD systems while serving as the Executive Secretary for the DoD’s Defense Science Board Task Force. His past service includes the Deputy Director, Human Performance, Training, and BioSystems at the Office of the Secretary of Defense, Program Manager for the Defense Advanced Research Projects Agency (DARPA), Research Scientist and Branch Head at the Naval Air Warfare Center, Chief Scientist for Human-Technology Integration at the Naval Research Lab, Assistant Professor at the Naval Postgraduate School, Program Officer at the Office of Naval Research (ONR), and Executive Assistant to the Chief of Naval Research. He received a commission in the U.S. Navy in 1993 as a Naval Aerospace Experimental Psychologist and completed his naval flight training in April 1994. He retired as a U.S. Navy Captain in 2013 after twenty years of service where he was both an aerospace experimental psychologist and an acquisition professional leading research and development programs. He was also the U.S. National Leader for DoD's international participation involving the human sciences to enhance the human contribution to military systems performance through both The Technical Cooperation Program (TTCP) and the NATO Human Factors and Medicine (HFM) Panel.

Dr. Schmorrow holds a doctorate in Experimental Psychology from Western Michigan University and Masters Degrees in Psychology and Philosophy. He is also a Distinguished Alumni from the Naval Postgraduate School where he obtained Masters Degrees in Operations Research as well as Modeling, Virtual Reality and Simulation. He has authored over fifty scientific publications, lectured internationally in fifteen countries, edited over a dozen professional journals and books and has received alumni recognition from both his alma maters. He is a recipient of the Navy’s Top Scientists and Engineers Award, as well as both the Society of U.S. Naval Flight Surgeons’ Sonny Carter Memorial Award for his contributions to improve the health, safety and welfare of military operational forces and the Human Factors and Ergonomics Society’s Leland S. Kollmorgen Spirit of Innovation Award for his contributions to operational neuroscience that led to the founding of the field of Augmented Cognition. He is currently serving as the Scientific and Technical Advisor of the Applied Human Factors and Ergonomics (AHFE) Conference Series, the Augmented Cognition Program Chair for the Human-Computer Interaction (HCI) International Conference Series, and is a Co-Editor of the Theoretical Issues of Ergonomics Science Journal. His military decorations include the Defense Superior Service Medal (2 awards), Legion of Merit, Meritorious Service Medal (3 awards), Navy Commendation Medal, Navy Achievement Medal, Armed Forces Service Medal, and NATO Medal