The four half-day virtual course will explore the history of microelectronics, detail the current state of the practice, as well as review legacy and state of the art technology needs and their impact on the United States economy and national defense. Instructors will include industry leaders, government officials, technical experts, and key decision makers and influencers to understand the big picture of this technology area that affects every part of American culture and economics. This policy-oriented course is perfect for industry, government, and academic professionals alike with a shared goal of identifying and addressing the challenges the US faces in the microelectronics industrial arena.

Supply chain security is an integral piece of hardware security. Today's complicated global supply chain presents a wide range of entry points for adversaries to intercept critical information and physical components before they are inserted in DOD systems. Dr. Williams will provide an overview of the vulnerability landscape and possible approaches to advanced supply chain risk management tailored to the DOD's unique set of concerns.

Dr. Darryl R. Williams is recognized as one of the United States’ foremost experts on non-traditional supply chain vulnerability analysis, both attack and defense. For more than 27 years, Dr. Williams has been engaged by governments and the Fortune 500 to white hat the most secure and hardened supply chains in the world. In addition, he was the creator of the Partnership to Defeat Terrorism, an ad hoc group of global leaders in government, the private sector, and academia that use unique supply chain methodologies and Checkmate algorithms to address the most difficult national security issues plaguing the United States. Dr. Williams has sat on senior government advisory boards, led senior-level interagency working groups, and published articles on forensic vulnerability analysis and non-traditional supply chain attack and defense. As a career Air Force electronic warfare officer, he has more than 4000 hours in both the B-52 and RC-135. Dr. Williams is the co-founder and Chief Scientist of Techonomy LLC, a unique technology company primarily focused on creating tools capable of assessing, modeling, and monitoring any supply chain, from any vertical, anywhere in the world. 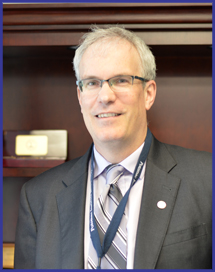