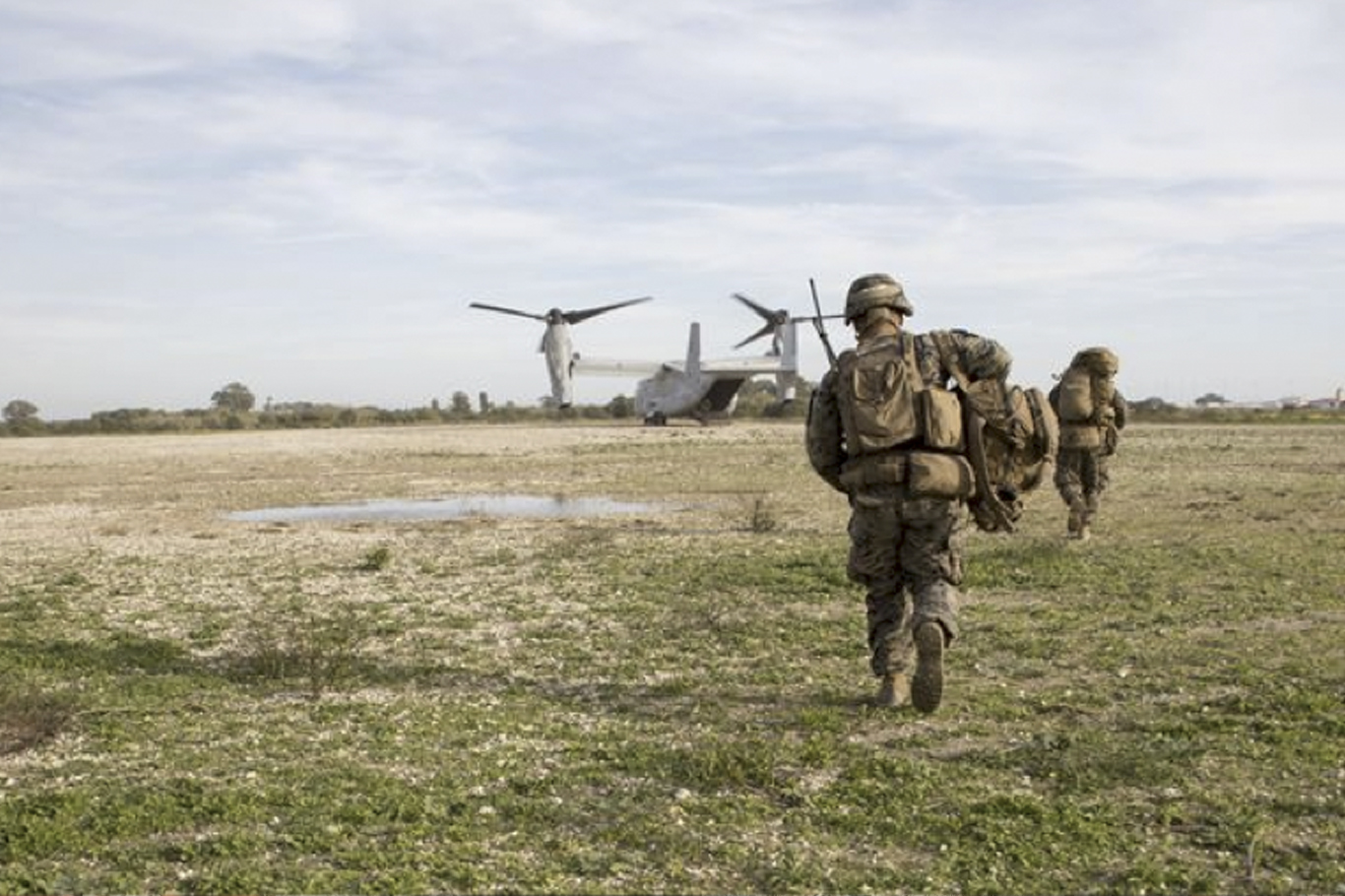 On 16 December 2016 the Center for Adaptation and Innovation (CAI) hosted the Special Purpose Marine Air Ground Task Force – Crisis Response – Africa (SPMAGTF – CR – AF) Rotation 16.1, as part of its Returning Commander Speaker Series. A rotational force of Marines and sailors, the SPMAGTF – CR – AF is capable of decisive action across a range of military operations, and was established in 2013 in response to the attack on American diplomats in Benghazi, Libya. The SPMAGTF-CR-AF provides U.S. Africa Command and U.S. Marine Corps Forces Africa a broad range of military capabilities to respond to crises in its area – of – responsibility (AOR), which includes conducting noncombatant evacuation, humanitarian assistance, disaster relief and support to U.S. embassies, amongst other missions, operations and activities.

Throughout their deployment, the SPMAGTF-CR – AF worked alongside Special Operation Force (SOF) partners to provide real world mission support and training and planning integration, including high threat/ high risk diplomatic post surveys and crisis response working group meetings. According to Col Wetterauer, “they will be tightly integrated with SOF partners, at least until Libya becomes a stable environment and SOF are not the only one’s securing the environment.” This will be their primary task.

With the ability to quickly integrate and deploy, the MAGTF is often first to be called upon in times of crisis, even when there are other options available. Col Wetterauer indicated that due to other options available, CR – AF may not always be the most appropriate response, and who to call on is an ongoing education process with the State Department and African countries.

The MAGTF is working with half the Osprey’s they were last year in order to boost stateside readiness, going from 12 down to 6. Col Wetterauer assured that their mission only calls for 6, assuming 2 are down, 2 are conducting missions, and 2 are the back up to conduct logistics, maintenance and training. Col Wetterauer said that aviation readiness is their “number 1 concern.” This echoes the voice of the last RCSS speaker, Col Anthony M. Henderson, commander of the 26th Marine Expeditionary Unit, who reinforced the primacy of Marine Aviation readiness saying that “we have to keep the flight hours going as much as possible, that saves lives.”

Read more about the SPMAGTF – CR – AF brief on DoD Buzz, Seapower Magazine, and on Military.com here and here.

CAI’s Returning Commander Speaker Series offers a forum for naval force concepts and capabilities to be discussed with commanders whom recently completed a deployment. CAI identifies and defines new and potentially disruptive defense capabilities. Specifically, the Potomac Institute for Policy Studies established CAI to assist senior defense leaders grappling with the most demanding issues and problems posed by a complex and uncertain security environment.