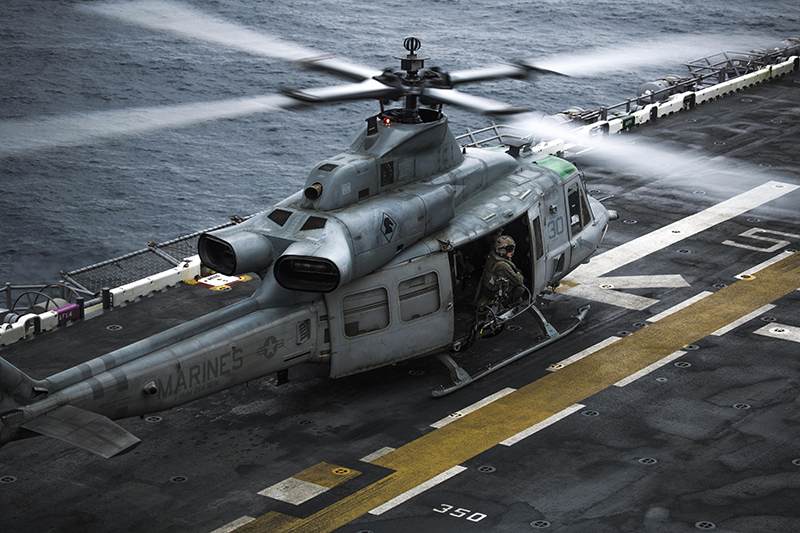 On 2 March 2017, the Center for Adaptation and Innovation (CAI) hosted the WASP Amphibious Ready Group (ARG) and the 22nd Marine Expeditionary Unit (MEU), as part of its Returning Commander Speaker Series. A MEU is uniquely equipped to be able to handle any crisis that arises while forward deployed. The MEU consists of four key elements, a command element, a ground combat element, an aviation combat element, and a logistics combat element. In total a MEU is comprised of roughly 2,200 Marines and Sailors.

While deployed, the ARG/MEU took part in Operation ODYSSEY LIGHTNING (OLL). OLL was an effort to counter Daesh in support of host nation forces in Libya. Marine V-22’s were critical in the logistical effort to ensure that all aircraft had proper munitions for the operation. The ARG/ MEU team was able to establish reusable tactics to gather intelligence from the air despite not having direct contact with militia fighters on the ground. Ultimately, the ARG/MEU proved successful in OLL. Their logistical tactics, unique communications strategies, and air power allowed Libya to take back Sirte, a major ISIS stronghold in Libya.