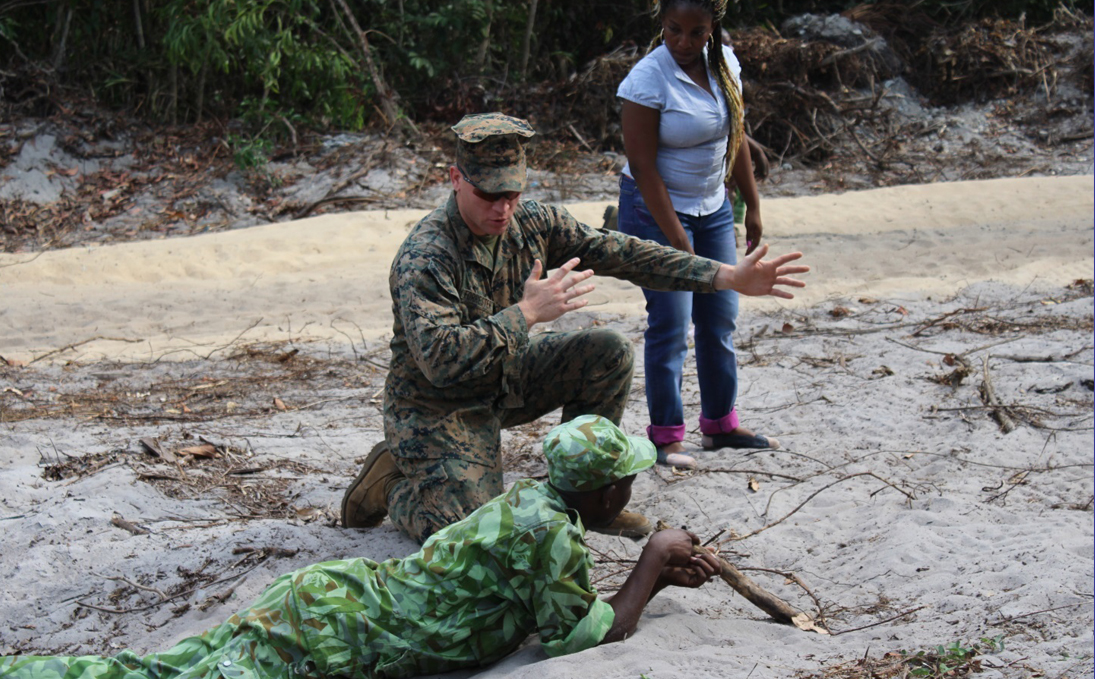 On 24 March 2016 the Center for Adaptation and Innovation (CAI) hosted the Special Purpose Marine Air Ground Task Force-Crisis Response- Africa (SPMAGTF-CR-AF) Rotation 15.2, as part of its Returning Commander Speaker Series. The SPMAGTF-CR-AF is based at Morón Air Base in Spain, and returned on 26 January 2016 after a 180 day deployment.

The SPMAGTF-CR-AF responds to a wide range of military operations to provide expeditionary support for crisis response in the Africa Command (AFRICOM)/European Command (EUCOM) regions. The SPMAGTF-CR-AF is a rapid, self-deploying crisis response force, that continues to be relevant in the conduct of military operations across the range of military operations. During its deployment, the SPMAGTF-CR-AF conducted cooperative security location (CSL) validation exercises in Chad, Tunisia, and Libya, site surveys of CSLs, eight major training exercises, and 62 bilateral training exercises with national military forces. Community outreach with Spain and Italy was also conducted, as were the following planning initiatives: Morón Air Base (MAB) Displacement, Allied Maritime Basing Initiative (AMBI), and Ghana Forward Logistics Element (FLE)/Theater Security Cooperation (TSC).

While the SPMAGTF-CR-AF deployment was successful, some operational challenges were encountered. The ability to have a continuity of campaign effort and respond to a crisis “on day one” are both mission requirements, and improvements are constantly being made to enhance mission execution. Going forward, the SPMAGTF-CR-AF is looking to enhance pre-deployment training and integration through the use of the Foreign Service Institute and Mobile Training Teams from the Department of State, integrate Marine Corps training as units prepare for the Embassy Reinforcement and Military Assisted Departure mission(s), promote key relationships with host nations, and maintain security cooperation efforts that are integral to building security and capacity of nation states in the region. Another challenge is logistical support for a continent the size of Africa, and which the SPMAGTF-CR-AF relies heavily on contractors for.

CAI’s Returning Commander Speaker Series offers a forum for naval force concepts and capabilities to be discussed with commanders whom recently completed a deployment. CAI identifies and defines new and potentially disruptive defense capabilities. Specifically, the Potomac Institute established CAI to assist senior defense leaders grappling with the most demanding issues and problem posed by a complex and uncertain security environment.