The Potomac Institute’s Navigator Awards recognize individuals who have sought bold solutions to national challenges. These leaders – hailing from Congress, the Administration, and the private sector – have striven to improve science and technology policy throughout their careers. They not only work to diagnose the problems of today, but also actively address the demands of the future, allowing our country to operate from a position of confidence, preparedness, and strength. The 2015 Navigator Awardees: The Honorable Mac Thornberry, The Honorable Alan Shaffer, and Dr. David Brin. 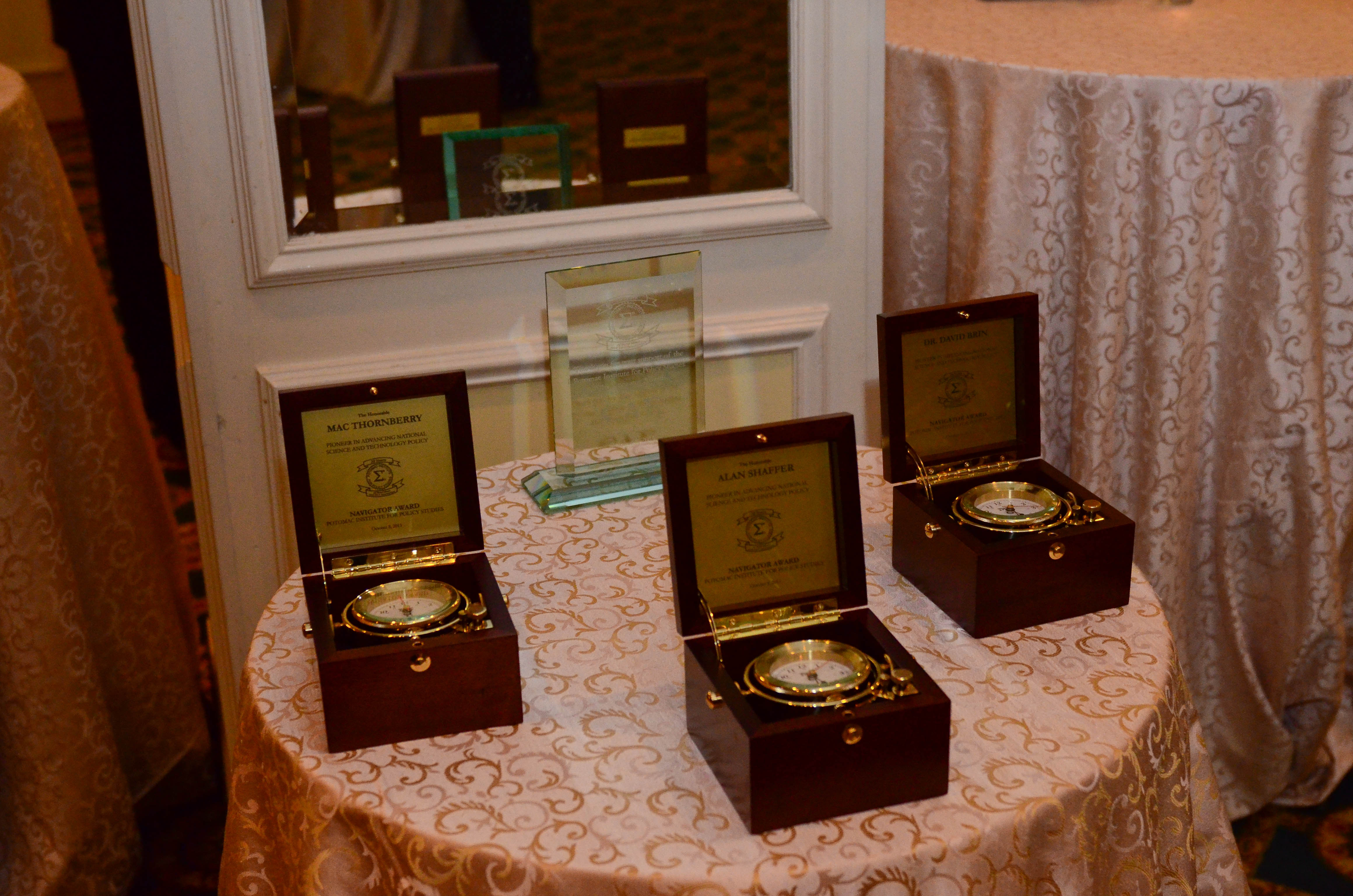