For the first time in history, SpaceX and NASA launched American astronauts into space on a commercial rocket and transported them safely to the International Space Station (ISS).

The successful launch was the realization of a plan initiated by Maj. Gen. Charles Frank Bolden Jr., (USMC- Ret.), Member, Potomac Institute Board of Regents, former Administrator of NASA. Prior to that plan, the Institute performed a NASA-funded study on commercializing the International Space Station (ISS) in 1996, while the agency was under the leadership of Administrator Dan Goldin. Led by Dr. Jim Richardson – with former NASA Administrator James Begg chairing the team’s Advisory Panel – the study suggested a strategy of privatization-to-commercialization of human orbital space as a logical means of achieving NASA’s goal of commercialization for lSS. According to the study, the most viable opportunities lay in the privatization of government functions, such as resupply and operation of the space station.
This goal of this recommendation was put into action by Maj. Gen. Bolden when he created the public- private partnership with SpaceX called the Commercial Crew Program, following the company’s successful completion of the Commercial Orbital Transportation Services program. That program ultimately resulted in the successful launch of American astronauts from American soil for the first time in nearly a decade and has paved the way for a commercialized space domain that allows NASA to become a partner, and one of many customers, in that marketplace.

NASA Administrator Jim Bridenstine praised Maj. Gen. Bolden’s efforts, highlighting his resolve in championing the program, “He had members of Congress on both sides of the aisle that were in opposition to it and wouldn’t adequately fund it, and ultimately gave him a hard time about it.” Despite this, Administrator Bridenstine said, Maj. Gen. Bolden, “persevered and he pushed through. That was the beginning of what we all got to experience today.”

President Trump was also in attendance, and praised the accomplishments of both NASA and SpaceX. He reiterated the vital importance of space, and his continued support, saying, “As has often been stated, you can’t be number one on Earth if you are number two in space. ... We are not going to be number two anywhere.

Astronauts Bob Behnken and Doug Hurley boarded a Dragon spacecraft perched atop a Falcon 9 Rocket at Kennedy Space Center in the early afternoon of Saturday, May 31st. At 3:22 pm EDT, the Falcon 9 successfully lifted off and began its journey. Just under nineteen hours later, the Dragon crew capsule docked flawlessly with ISS. Not only does it mark the long-awaited return of human launch capability to American shores after nine years of reliance on Russian rockets, but it also is the first time a commercial company has launched humans into space. 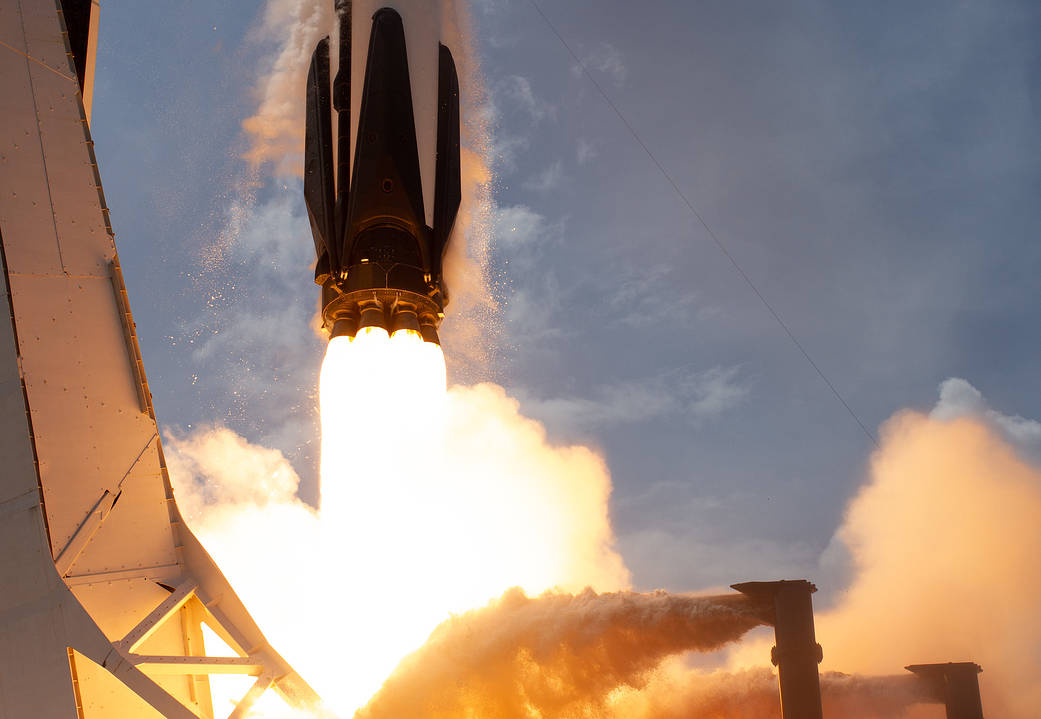 There was a familiar feel to the countdown and launch, reminiscent of the many Space Shuttle launches over the years – yet the differences were striking. First and foremost, evident to any viewer were the sleek white spacesuits – so different from the traditional orange NASA uniforms – designed as a suit for the 21st century. Touch screen terminals replace the analog switches and dials of the Shuttle, millions of viewers tuned in to live YouTube and Twitch streams and television broadcasts, #LaunchAmerica trended on Twitter, and NASA employees conducted “social media checks” throughout the stream. The astronauts had signed their names on the walls of the white room before boarding their ship ship – an action described as the start of a new tradition and a message of hope for many more launches to come.

This launch is the culmination of years of effort by NASA, SpaceX, and public officials. It is a sign of things to come, and it may serve to not only open up low Earth orbit for many more visitors, but also the Moon, and eventually the solar system. And best of all, millions of people all around the world watched as an American company lifted the eyes of humanity to the cosmos once more. 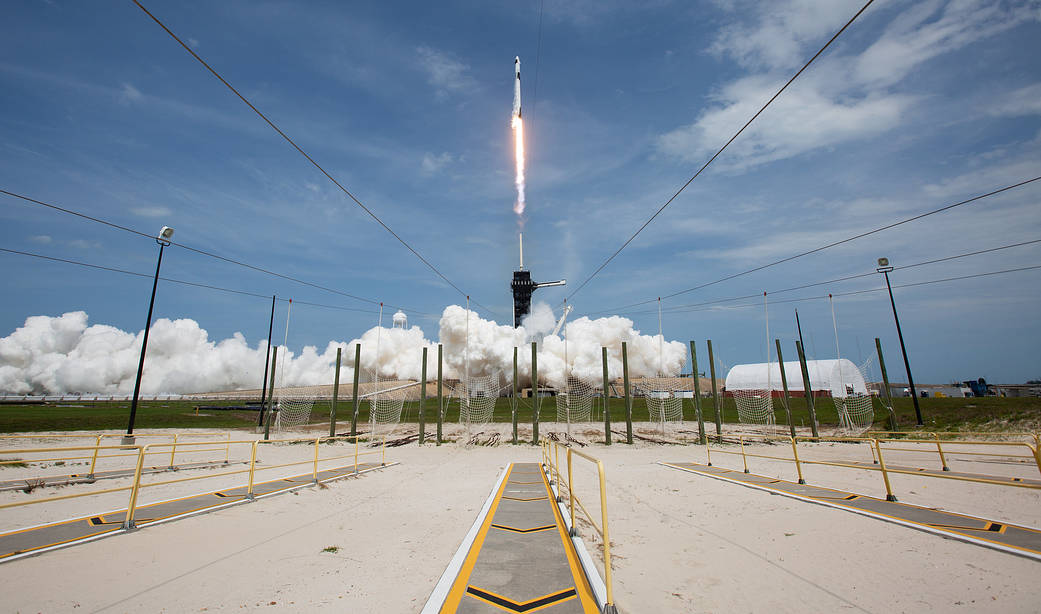