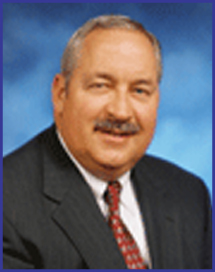 The Potomac Institute for Policy Studies (PIPS) is paying tribute to its late founder, Michael S. Swetnam, who passed away in September. Newly appointed Chairman General Al Gray and CEO Dr. Jen Buss announced the honors to the PIPS organization. The first is the dedication and naming of the Institute’s official Michael S. Swetnam Board Room to celebrate his accomplishments and leadership of the Institute. The second is the establishment of a Visiting Fellowship Fund that encourages, grows, and supports the bold and innovative thinking that Mr. Swetnam was famous for throughout his lifetime.

Mr. Swetnam co-founded the Institute in 1994. Under his direction and leadership, PIPS has grown exponentially over the past 25 years, working with multiple government agencies and providing the key research needed to create policy decisions in the fields of science and technology.
Before PIPS, Mr. Swetnam had a storied career in the U.S. Navy. He then worked for the Director of Central Intelligence as a Program Monitor on the Intelligence Committee Staff. From 1990-1992, Mr. Swetnam served as a Special Consultant to President George H. W. Bush’s Foreign Intelligence Advisory Board, providing expert advice on Intelligence Community issues and assisted in authoring the Board’s assessment of Intelligence Community support to Desert Storm and Desert Shield. Mr. Swetnam also worked in the private sector as a Vice President of Engineering at the Pacific-Sierra Research Corporation, Director of Information Processing Systems at GTE, and Manager of Strategic Planning for GTE Government Systems. He authored or co-authored multiple books and articles on national security and counterterrorism.

“This dedication and scholarship are the least we can do to remember Mike. He poured his heart and soul into PIPS from the very beginning. It just makes sense to recognize him for the work he did to make us what we are today,” said Dr. Buss. The Institute will release details about how to apply and qualify for the Fellowship Fund at a later date.