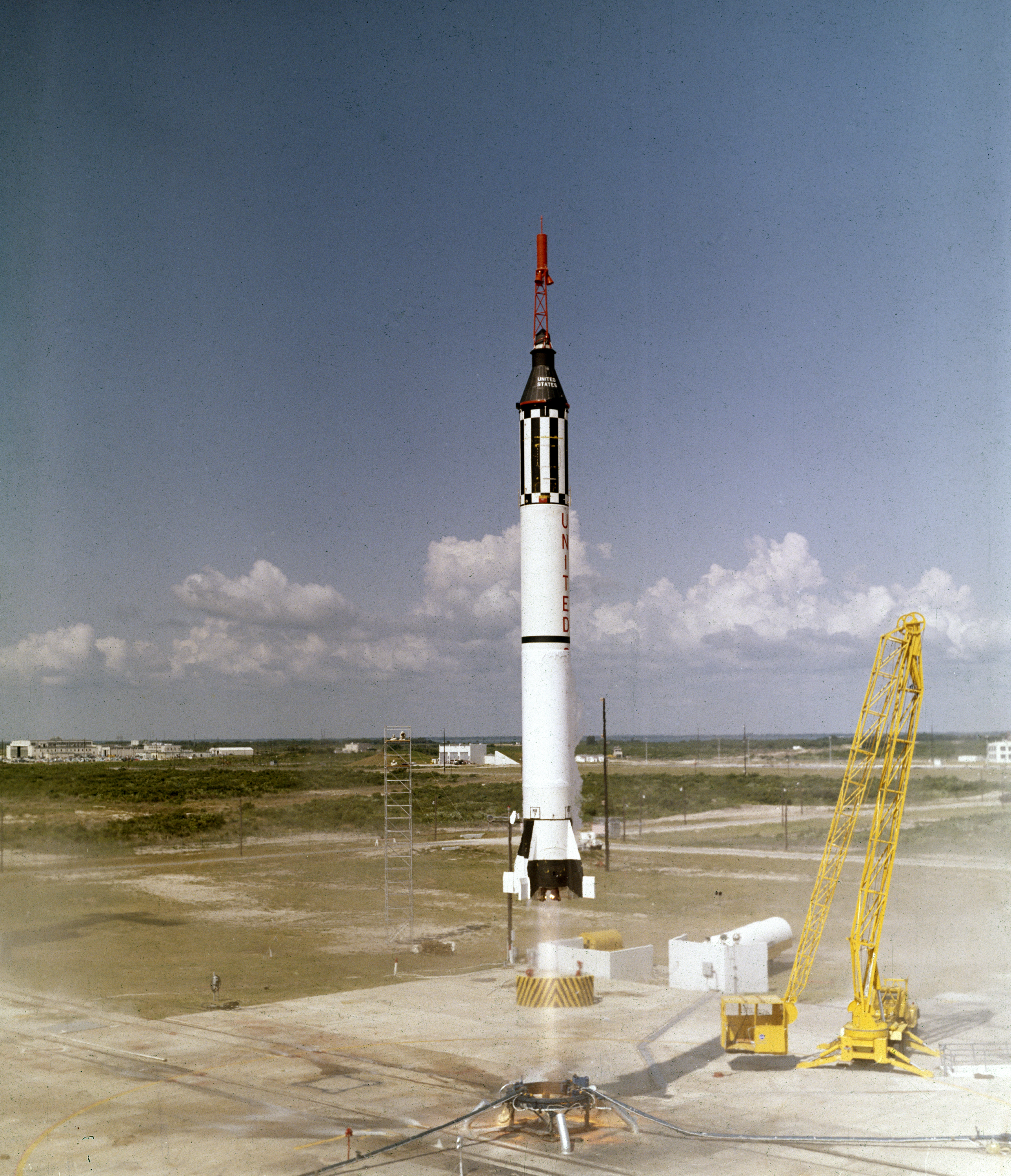 May 5, 2021 marked the sixtieth anniversary of Alan Bartlett Shepard Jr. becoming the first American to fly into space. Flying on Freedom 7, Shepard’s flight lasted 15 minutes, five of which were spent experiencing “weightlessness.” He reached an altitude of 116 miles above the atmosphere and a speed of 5,134 mph. Due to the positioning of the windows, Shepard was unable to see the stars, but did report seeing outlines of the west coast of Florida, the Gulf of Mexico, and Lake Okeechobee. Shepard’s experience proved that an astronaut could survive and work comfortably in space.

Shepard’s suborbital flight restored faith in the US space program. In the heat of the “space race” against the Soviet Union, the US program experienced a setback when the USSR sent Yuri Gagarin into space less than a month earlier. Shepard’s launch was initially scheduled for May 2, but was delayed due to the weather. However, in contrast to Gagarin’s flight, the details of which were kept from the public, Shepard’s flight was broadcasted on live television.

Shepard’s 15-minute flight opened the gates for new milestones in space. Less than a year later, John Glenn became the first American to see a sunrise and a sunset from space. His flight was significantly longer, lasting nearly 5 hours, during which he was able to circle the Earth three times. A few months after that, in October 1962, Walter M. Schirra sent the first live message from an American spacecraft to radio and TV listeners on Earth.

These, however, were all solo missions. The first time multiple astronauts were sent into space at once was in March 1965, which saw the first test of a two-seat spacecraft. Furthermore, none of these missions ventured further than Earth’s orbit, a barrier that was not broken until December 1968. Another common feature of these missions was that the ones that were broadcasted were done so on black-and-white television. This would not change until May of 1969. All of these breakthroughs built up to perhaps the most famous accomplishment in space history, when Neil Armstrong and Buzz Aldrin walked on the moon for the first time.

Space travel has shown us that discovery breeds discovery. As we go further, we will discover more, break new barriers, and reach even further. The Potomac Institute champions NASA and the progress the agency continues to make in space. We are excited to see the public and private partnerships that are taking the American space race to the next level, to Mars and maybe beyond. And continue to recommend strategy, policy and whatever else is asked of us to lead the world in this vital area.