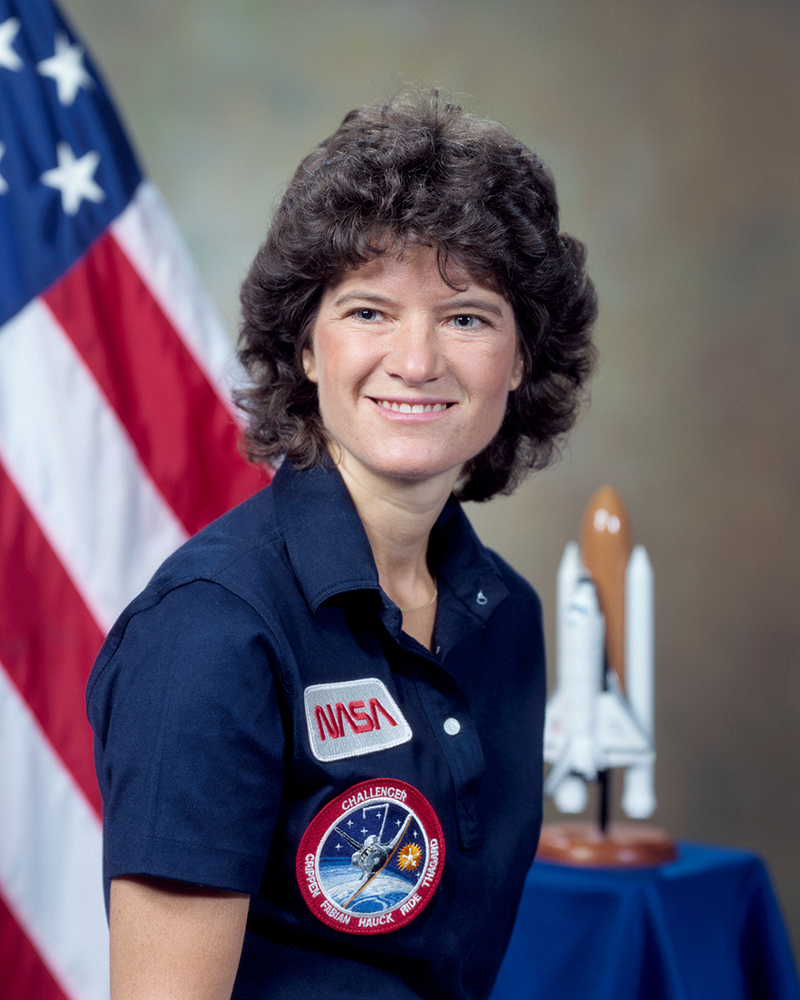 Sally Ride was a trailblazer for women when on June 18, 1983, 38 years ago, she became the first American woman in space, breaking the gender barrier. In 1983, she and her crewmates flew the Space Shuttle Challenger on mission STS-7. According to NASA, as of March 2021, 65 women have flown in space, demonstrating how the presence of more women in space highlights Ride’s legacy. In addition, female astronauts have been able to achieve higher ranks, with Peggy Whitson being the first female ISS Commander in April 2008. More recently, according to NASA, Jessica Meir and Christina Koch accomplished the first all-female spacewalk in 2019. On June 21, 2021, Col. Pam Melroy was sworn in as the NASA Deputy Administrator.

About a decade before her death, Sally Ride founded her own company, Sally Ride Science, in 2001 to encourage young children to pursue STEM fields in science, technology, engineering, and mathematics. According to Sally Ride Science, Ride founded the company with her partner Tam O’Shaughnessy along with her colleagues Karen Flammer, Terry McEntee, and Alann Lopes. In addition, according to NASA, Ride wrote many science books geared towards children. One of her books, The Third Planet, won the American Institute of Physics Children's Science Writing Award in 1995.

Sally Ride was born on May 26, 1951 in Los Angeles, California. As she was finishing her Ph.D. in physics at Stanford University, Ride found a newspaper that had an ad calling for applications to be a NASA astronaut. Ride ended up applying for the job, and she was one of the 35 people, out of the total 8,000 applicants, selected to join. As a member of NASA in 1978, Ride went on to aid in the development of the space shuttle’s robotic arm. According to NASA, Ride was one of six women who joined NASA in 1978, and she was the first of them to fly in 1983. Another woman in the NASA class of 1978 was Dr. Kathryn Sullivan, a Senior Fellow and Board of Regents member of the Potomac Institute. Dr. Sullivan, in her NASA career, became the first American woman to walk in space in 1984 during the STS-41G mission, which was the first flight to include two women: Dr. Sullivan and Sally Ride. Dr. Sullivan went on to fly on three space shuttle missions, including the Hubble Space Telescope mission, before leaving NASA in 1993.

After Ride’s historic trip to space in 1983, as reported by NASA, Ride faced a significant amount of media attention. She was asked questions such as "Do you weep when things go wrong on the job?" To which, Ride replied, "one thing I probably share with everyone else in the astronaut office is composure." Ride eventually retired from NASA in 1987, when she then joined the Center for International Security and Arms Control at Stanford University as a science fellow. Then in 1989, according to NASA, she became a physics professor at the University of California- San Diego, and she became the director of the California Space Institute. In 2003, Ride was inducted into the U.S. Astronaut Hall of Fame. After Ride’s work with Sally Ride Science, authoring her own books, and accomplishing many other achievements, Ride died at the age of 61 on June 23, 2012 after about a year and a half long battle with pancreatic cancer.

As described by NASA, Sally Ride was a phenomenal woman who helped pave the way for future women in their space careers. With the anniversary of her celebrated flight in 1983, it is a reminder of the progress that has been made in the fight for equality but is also a call to continue the work that has been started.