The Fight for Semiconductor Manufacturing Supremacy 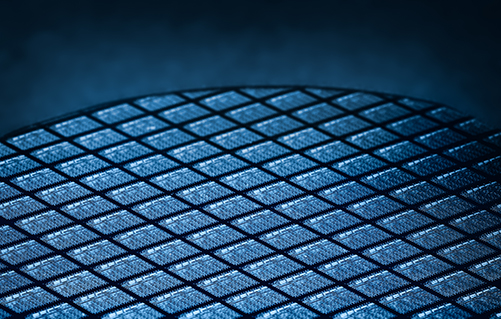 Look around yourself, take in your surroundings. What do you see? Your computer obviously, maybe a phone. Oh, you’re feeling hungry? Grab something out of the fridge! Leftovers huh? Reheat those in the microwave, you have yourself a delicious meal. The Nationals are on later, grab a beer and watch the game. Your entire day, from the moment you wake up to when you drift off to sleep, is governed by little pieces of silicon.

Semiconductors, more commonly known as microchips, are the brains behind thousands of appliances that are part of the daily life of billions of people. They are the reason you are reading this article; they allow you to watch that show you love. Heck, they even keep your beer cold. Their uses are not restricted to such inconsequential activities though. International banking relies on semiconductors to initiate transfers of wealth. Governing countries would be impossible without these chips enabling faster communication and cooperation. In short, the world as we know would be impossible without semiconductors.

With the importance of semiconductors in our world, the significance of a continued supply of such chips is obvious. During Covid-19 that crucial supply chain was threatened. In March, Samsung’s co-chief executive and mobile chief, Koh Dong-Jin, acknowledged the challenge of the chip shortage at a shareholders meeting “There’s a serious imbalance in supply and demand of chips in the IT sector globally”. With the move home from work and school, people found themselves needing to upgrade their electronic equipment in order to support their new home-based lifestyle. This boost in demand for semiconductors coincided with a shock to the supply of microchips. Around the world, staff at semiconductor manufacturing factories, also known as “fabs”, were prevented from going to work by the pandemic. Taiwan, who provides around 63% of the world’s foundry semiconductors, was also affected by the worst drought it had faced in 50 years. Factories rely on ultra-pure water to produce semiconductors to avoid the contamination of electronic devices. This drought further exacerbated the semiconductor supply shortage. A key contributing factor was the “just in time” supply chain practices many suppliers had been using. These poor supply chain practices combined with the sudden increase in demand created huge shortages. This shortage is still affecting numerous companies and industries. According to analysis by Goldman Sachs, the shortage has already affected 169 industries. The shortage is unlikely to stop soon either. According to a report by Acer, the crisis is unlikely to be resolved until at least 2022.

In response to the crisis, US President Joe Biden signed an executive order addressing the chip shortage through a review of the semiconductor supply chain. The New Frontier Act, or USICA, is related to that executive order. USICA includes a 50-billion-dollar allocation to the Department of Commerce in order to fund domestic semiconductor manufacturing and research. At an event outside a Micron Technology Inc. chip factory, US Commerce Secretary Gina Raimondo said to reporters that the allocation could lead to an increase in domestic fabs, “Could be seven, could be eight, could be nine, could by ten new factories in America by the time we’re done”. Dr. Mike Fritze, a Vice President at the Potomac Institute and an expert in the field of Microelectronics, notes that this figure is, “practically too large given the available funding”. It still demonstrates though, USICA’s strong commitment to domestic semiconductor production.

The Department of Commerce will use the money to incentivize semiconductor manufacturing companies into establishing more US based fabs. According to Dr. Fritze, the Department of Commerce is likely to try enticing Semiconductor Manufacturing Companies to the US using financial encouragement, “The main lever…is likely to be tax incentives”. The act also included a 10.5 billion dollar allocation to the National Semiconductor Technology Center, National Advanced Packaging Manufacturing Program, as well as other research and development programs. While traditionally research towards the semiconductor industry has been focused on “smaller, cheaper, and faster”, Dr. Fritze notes that such a Center likely to use this money to focus on new innovative uses of semiconductors. He explains this change “The smallest features are now down to a few nanometers which is a countable number of atoms…you can’t have a half atom transistor…We can’t scale further so instead people are customizing their solutions to applications”. This new semiconductor research may include a focus on Artificial Intelligence, Quantum Computing, and even 5G. It should be noted that USICA has only passed in the Senate and not in the House of Representatives yet. This issue though, receives bipartisan support, so an agreement is likely eventually.

While there are semiconductors all around us, not every chip is made the same. Some semiconductors are more advanced than others. One Dutch company, ASML Holdings, provide the means for producing the most advanced chips in the world. Dr. Fritze explains, “ASML Holdings is widely regarded as the only company capable of making the lithography machines necessary for creating the most advanced chips”. ASML Holdings produces a machine that has the necessary lithography imaging system to create the most complicated chips in the world. Lithography is essentially, a light projection system which is used to create microchips. This machine, which has been called the “Tech Cold War’s Most Complicated Machine”, costs a cool 150 million dollars, is the only one of its kind on the market.

In 2019, the Trump administration was able to use its influence to convince the Dutch government to block the selling of these machines to China. This was a “defensive” act by the Trump administration. Dr. Fritze noted that this “Prevents China from being privy to the most advanced chips in the world”. This act gives the US and its allies an advantage in producing advanced semiconductors. While on the surface this is advantageous to American interests, it could have unintended consequences. China, faced with the prospect of falling behind the rest of the world in its ability to produce advanced chips, could look more towards Taiwan. China has already shown to be aggressive towards Taiwan, and according to Dr. Fritze, Taiwan has, “Some of the most advanced semiconductors factories in the world”. If China is unable to produce advanced semiconductors domestically, they may look to Taiwan and their factories. A worst case scenario of a Chinese invasion of Taiwan would be disastrous for the semiconductor industry. Dr. Fritze explains, “Such an invasion of Taiwan would have a calamitous effect on the American semiconductor supply chain”. Chinese control of Taiwan would mean Chinese dominance over the world’s foundry semiconductor supply. The purpose of the New Frontier Act may be partly to combat that worst case scenario. Promoting additional domestic semiconductor fabrication plants will help secure America’s semiconductor supply chain. Dr. Fritze notes how USICA adds to the previous work done to secure American semiconductor interests, “In many ways the New Frontier act plays offense to the Trump administrations defense”. USICA decreases America’s reliance on foreign made chips and adds funding towards research and development in the semiconductor industry.

While a Chinese invasion is the worst case scenario in terms of supply chain risk, the heavy concentration of fabs in Asia is in itself a threat. Over 86% of the world’s chips are manufactured in Asia, with Taiwan alone manufacturing 63% of the world’s foundry chips. This heavy concentration of fabs thousands of miles away from the U.S. represents an overall geopolitical risk for semiconductor access.

Semiconductors are vital components of our everyday life. Despite their importance, America has relied heavily on foreign chip manufacturers. During Covid-19, due to a global shortage, America’s supply of semiconductors was threatened. In order to protect against potential future supply chain weaknesses, the Senate passed the New Frontier Act. While it has yet to pass in the House of Representatives, USICA is likely to address American reliance on foreign chip manufacturers by incentivizing the building of domestic semiconductor factories. The passing of USICA should help defend the US semiconductor supply chain from many future risks.