Security Challenges in the Balkans 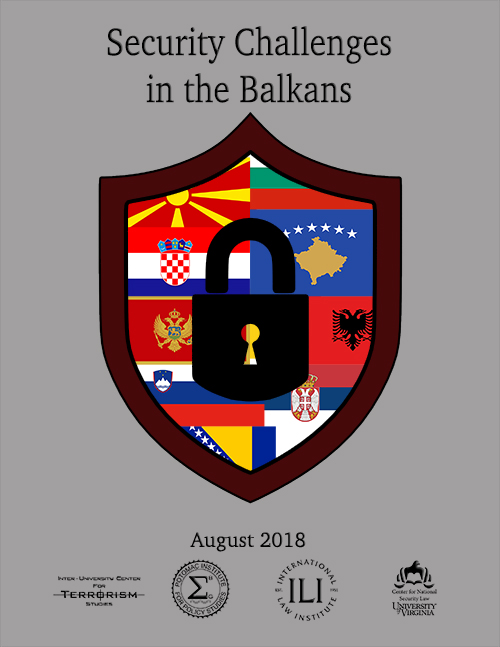 An enduring fixture of international affairs is the fact that, throughout the history of the world, nothing is static . Empires, countries, communities, and nearly entire civilizations have risen and declined while others became engaged in an endless struggle for power within and among social and political identifiable structures .

It is not surprising, then, that two historical lessons spring to mind when considering these socio- political fluctuations . The first recalls the old Chinese proverb which reads, “One who studies the past, knows the future” and the second observation, attributed to Hegel, asserts that “We learn from history that we do not learn from history .”

Indeed, these truisms have echoed continuously throughout the ages of different cultures and peoples located in every geopolitical region . The experience of the Balkans from antiquity to mo- dernity demonstrates both evolutionary and revolutionary developments of triumph and calamity with broader significant strategic implications .

More specifically, among the numerous memorable historical regional phases, mention should be made of the Byzantine Empire (330 – 1453), the Serbian Kingdom (929 – 1389), the Ottoman Sultanate (1354 – 1922), and the Balkan Wars (1912 – 1913) . Subsequently, over a century ago, on June 28, 1914, the Archduke Franz Ferdinand, heir to the Austro-Hungarian throne and his wife, Sophie, were assassinated in Sarajevo . This tragic attack perpetrated by Gavrilo Princip, a young Bosnian terrorist, triggered a series of escalated diplomatic and military moves in Europe and beyond that contributed, at least partly, to the outbreak of World War I .

One of the resulting outcomes of the “War to end all Wars” was the formation of the “Kingdom of Serbs, Croats, and Slovenes,” who regained control of Kosovo . And on December 1, 1918, Yugoslavia was established over the territories formerly inhabited by the Austrian and Ottoman empires .

It should be noted that the Albanians in Kosovo claimed that their minority rights were not implemented by the Serbs in the inter-war period . The Serbs, on the other hand, charged the Albanians of fermenting discontent in Kosovo . During the Second World War, Albania was annexed by Italy and later was occupied by Germany . Moreover, Berlin established a puppet government in Serbia, Croatia joined the Axis powers, and Slovenia became under German influenceIn.

1945, the Socialist Federal Republic of Yugoslavia was established and the Communist party of Yugoslavia was elected into power . That year, the United States recognized the new republic under Josip Broz Tito . Interestingly, in 1948, Yugoslavia was removed from the Cominform (a coordinated body headed by the Soviet Union for communist parties in Europe) as the result of disputes with Moscow . By 1953, Marshall Tito was named President of Yugoslavia and ten years later became president for life . He died on May 4, 1980 .

Following the fall of the Berlin Wall in 1989 and the collapse of the Soviet Union and Communism in Eastern Europe, Croatia and Slovenia declared independence from Yugoslavia in 1991 and Bosnia-Herzegovina also broke away from the federal republic in 1992 . In response to these de- velopments, the Serbian military invaded portions of Croatia and Bosnia resulting in the ethnic cleansing and bitter hostilities between the antagonists . The costly Balkan wars led to the signing of the Dayton Accord in 1995, which outlined a future peace process involving Croatian, Bosnian, and Serbian leaders . By March 1998, hostilities began in Kosovo between the ethnic Albanians and Serbs and a year later, NATO launched a 78-day air attack on Serbian targets . On February 17, 2008, Kosovo unilaterally declared its independence from Serbia but tensions between the parties remained high .

Sadly, some ten years later, the deep-seated mistrust in the region has risen again . A recent example of this challenge occurred on January 16, 2018, with the assassination of Oliver Ivanovic, a Kosovan Serb leader of the civic initiative, Freedom, Democracy, Justice (SDP) by an unknown gunman . This attack took place on the day that talks to normalize relations between Kosovans and Serbs, mediated by the European Union (EU), were to be held . This scheduled meeting was predictably aborted . NATO, which has maintained a peacekeeping force in the region since 1999, following the Kosovan War, has urged all the parties to show constraint and return to the negotiating table .

To be sure, NATO’s overall impact in the Balkans has been positive with regards to establishing early warning systems, and intelligence gathering to prevent political crises, upholding the rights of the people to return to their homes, and providing emerging regional democracies with incentives for reforms . Moreover, Albania, Croatia, Montenegro, and Slovenia are currently members of NATO and other states of the former Yugoslavian country are, to varying degrees, closer in association with NATO as well as the EU . Other countries with historical relationships and current interests in the Balkans such as Bulgaria, Greece, Romania, and Turkey, are already members of the alliance and are continuing to support NATO mission in Europe and around the globe .

Another significant aspect of security concerns in the region is the challenge of terrorism and the efforts to combat non-state actors such as al-Qa’ida and the Islamic State, to mention a few . For instance, Albania, Bosnia Herzegovina, Kosovo, Macedonia, and Serbia are continu- ing their participation in the Global Coalition to Defeat ISIS and are engaged in multiplecounter-terrorism activities, including introducing legislation, law enforcement border security, countering the financing of terrorism, combating violent extremism, and participating in inter- national and regional cooperation .