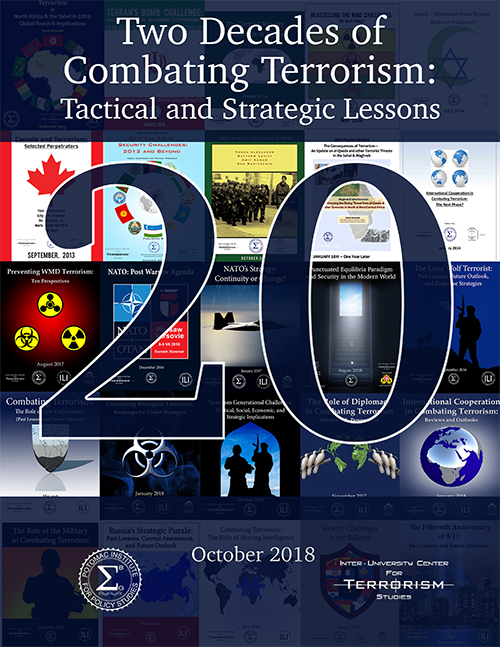 An enduring fixture of international affairs is the fact that, throughout the history of the world, nothing is static . Empires, countries, communities, and nearly entire civilizations have risen and declined while others became engaged in an endless struggle for power within and among social and political identifiable structures.

It is not surprising, then, that two historical lessons spring to mind when considering these socio- political fluctuations. The first recalls the old Chinese proverb which reads, “One who studies the past, knows the future” and the second observation, attributed to Hegel, asserts that “We learn from history that we do not learn from history.”

Indeed, these truisms have echoed continuously throughout the ages of different cultures and peoples located in every geopolitical region. The experience of the Balkans from antiquity to modernity demonstrates both evolutionary and revolutionary developments of triumph and calamity with broader significant strategic implications.

From the dawn of history, humanity has continuously faced two critical security challenges. The first is “natural”, or “Mother Nature’s”, disasters. It includes a wide range of disruptions and destruction to human lives and property. Hurricanes, tornadoes, earthquakes, tsunamis, monsoons, droughts, floods, heat waves, wildfires, and varieties of pandemics arising from biological pathogens, cause some of the most frequent catastrophic costs to individuals, communities, and civilizations.

The second permanent and equally significant security concern consists of “man-made” threats such as technological and economic calamities, ideological and political radicalization and extremism, terrorism, insurgencies, and wars.

Both challenges represent security concerns that include the safety, welfare, and rights of ordinary people; the stability of the state system; the success of national, regional and global economic development; the expansion of liberal democracies; and perhaps, even the survival of civilization itself.

Consider, for example, several landmark historical anniversaries related to the dual-danger from “natural” and “manmade” challenges. First, in 1918 an influenza pandemic, often regarded as the deadliest in modern times, killed an estimated 50-100 million people worldwide. Moreover, the Asian flu originated in 1957-1958 and caused the death of some one to four million individuals. Mention should be made of the deadly Ebola virus that represented a major health security challenge with unprecedented fear and anxiety over public safety around the world. Other current infection challenges include the Zika virus, which causes microcephaly and other birth defects, as well as the cholera epidemic, spread by bacteria from water or food contaminated with feces, which is alarmingly expanding in war-torn Yemen. In short, the expansion of pandemic outbreaks of deadly infectious disease is only a matter of time. The Centers for Disease Control and Prevention recently reported that during the 2015-2017 period, it had already “monitored more than 300 outbreaks in 160 countries, tracking 37 dangerous pathogens in 2016 alone.”

Another century-old landmark event occurred on June 28, 1914, when the Archduke Frank Ferdinand, heir to the Austrian-Hungarian throne and his wife, Sophie, were assassinated in Sarajevo. This tragic attack perpetrated by Gavrilo Princip, a young Bosnian terrorist, triggered a series of escalating diplomatic and military moves in Europe and beyond that contributed, at least partly, to the outbreak of World War I. The resulting horrific human and political costs eventually caused the Second World War, with all its unprecedented national and global consequences, and subsequently led to the Cold War and the escalation of terrorism throughout the world . And thus, in the past four decades, terrorism has evolved further. On November 4 1979, Iranian “radicals” seized the U.S. Embassy in Tehran and held the American diplomats captive for 444 days. Also, in 1998 U.S. embassies in Kenya and Tanzania were attacked by al-Qaeda members and on September 11, 2001 bin Laden’s operatives perpetrated the most devastating terrorist attack in world history, to name a few key events.

Since this report focuses on “Two Decades of Combating Terrorism: Tactical and Strategic Lessons, a brief overview is provided on some related threats and responses to be followed by an academic context and the selected contributions by colleagues over the past twenty years.