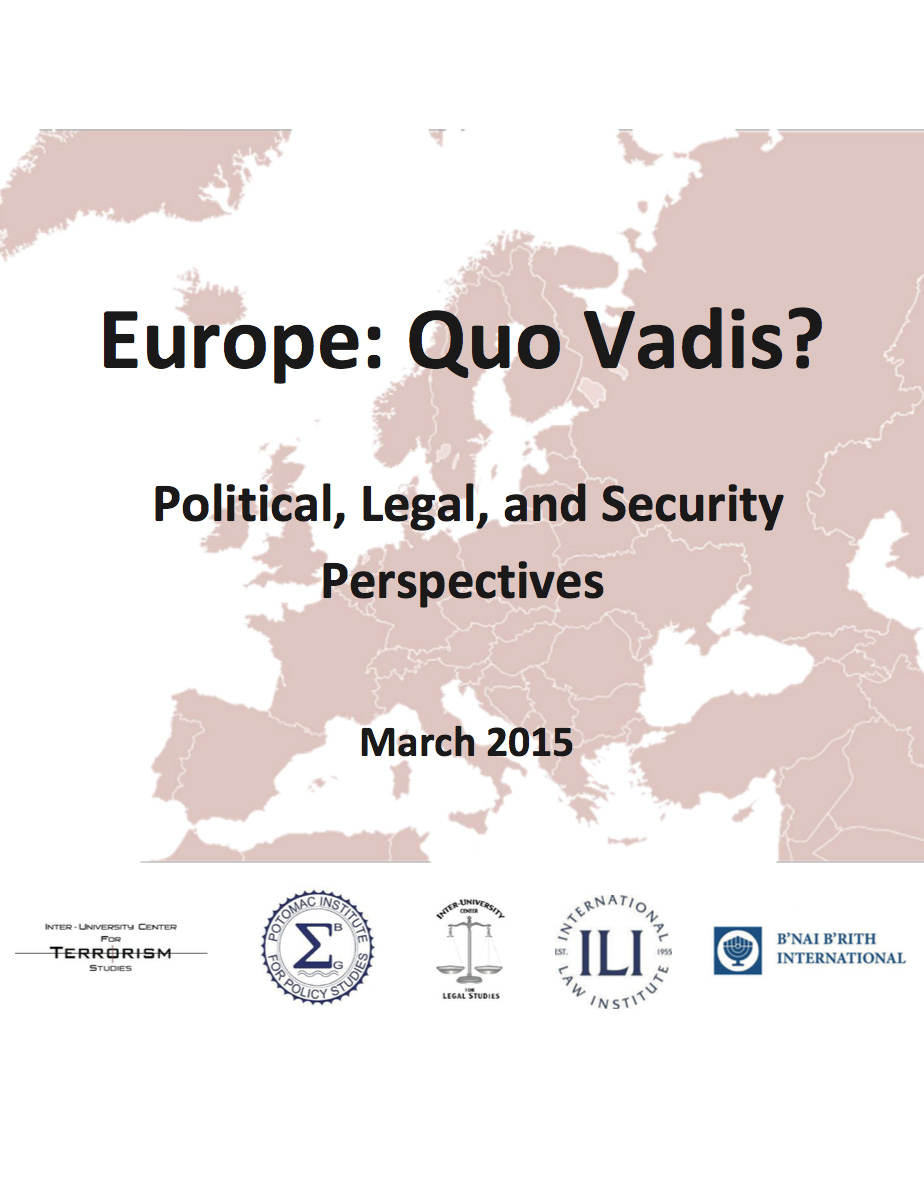 I am happy to have been asked by Professor Alexander to prepare this foreword to “Europe: Quo Vadis? (Political, Legal, and Security Perspectives).” Yonah Alexander’s Introduction to this volume recites the many dimensions of our subject. Dimensions in which he, organizations in which he has been involved or with which he has cooperated, and programs that they have conducted, have touched upon and opened up.

To be sure, Professor Alexander’s central concern, the permanent need to be cognizant of, knowledgeable about and determined to resist the insidious threats of terrorism, is always front and center in his work. But “Europe: Quo Vadis?” encompasses much more, as does the world in which Europe finds itself today. The Eurozone, and the EU itself, is challenged by the financial and economic straits of some of it members. Its expenditures on defense and especially as these relate to NATO, and issues such as some of Turkey’s vagaries, are causes for concern. The antics and behavior of Vladimir Putin’s Russia, towards Ukraine and neighboring countries may be the greatest threat to Europe, and thus to us. How Europe relates itself to the rise of Asia, especially its economic rise, will be of paramount concern. But Europe’s economy and society remain powerfully attractive: to Africans risking their lives to find livelihood, and to terrorists seeking to upend its values, as in the cowardly assaults in Paris on Charlie Hebdo, and a Jewish supermarket on that day. Extremists of various ilks challenge mainstream political parties. And one of Europe’s most lethal bacilli, anti-semitism, as Yonah points out in his Introduction, has returned, in several strains, traditional as in Greece and Hungary, and possibly in an equally virulent form in France and elsewhere.