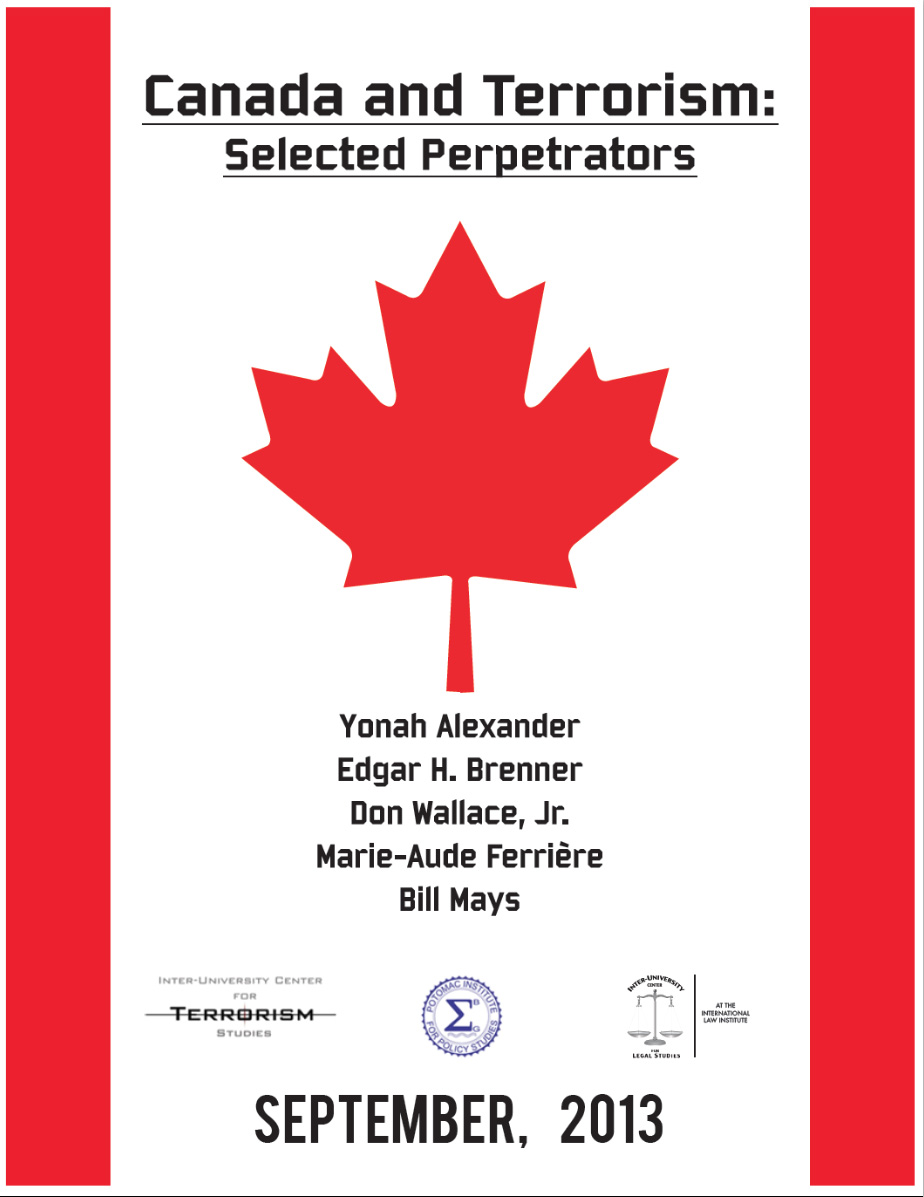 Canada's experience with homegrown "foreign affinity" terrorism, namely threats with international connections, are expanding. In 2013, for example, Canadian citizens inspired by Al-Qa’ida's ideology, plotted to bomb the British Columbia legislature in Victoria as well as derail a New York City-Montreal train full with innocent passengers. And it has been reported that Canadian nationals have joined the al-Shabaab terrorist group that attacked a mall in Nairobi (Kenya) and others have participated in operations elsewhere, including Algeria, Yemen, Syria, and Pakistan.

The report on “Canada and Terrorism: Selected Perpetrators” (published in September 2013) provides a context for understanding the challenge of radicalization, extremism and violence in Canada that is rooted in regional, ethnic and political conflicts at home and abroad. Selected profiles of Canadian citizens as well as foreigners residing in Canada personify the ugly face of the terrorist challenges.

For further information, please contact the Inter-University Center for Terrorism Studies at the Potomac Institute for Policy Studies, 901 North Stuart Street Suite 200 Arlington, VA 22203 Tel.: 703-525-0770
Email: This email address is being protected from spambots. You need JavaScript enabled to view it., ICTS@ potomacinstitute.org