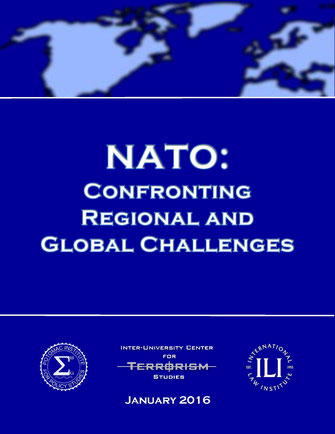 As NATO, the North Atlantic Treaty Organization, celebrates its 67th anniversary, it still represents the most significant defensive and offensive alliance in the past two centuries. And yet, in early 2016 its twenty-eight nation-state members are still facing a broad range of old and new horizontal and vertical challenges. These include piracy, terrorism, regional conflicts, humanitarian crises, high-seas piracy, proliferation of weapons of mass destruction (WMDs), and cyber threats. Indeed, the status quo and combined deterrence and containment of the forty-years’ Cold War have been replaced by the realities of the changed world from Europe to the Middle East and beyond. Suffice it to mention the ongoing Russian military operations in Ukraine and now in Syria, the escalation of radicalization and violence perpetuated by an array of state and sub-state actors such as al-Qa’ida affiliates, and the ominous emergence of the newly declared caliphate by the “Islamic State” (also known as ISIS, ISIL, and Daesh).

The current report on “NATO: Confronting Regional and Global Challenges” is a modest academic effort to provide a context for the Alliance’s political and military missions in the coming months and years.