Terrorism in North Africa and the Sahel in 2015 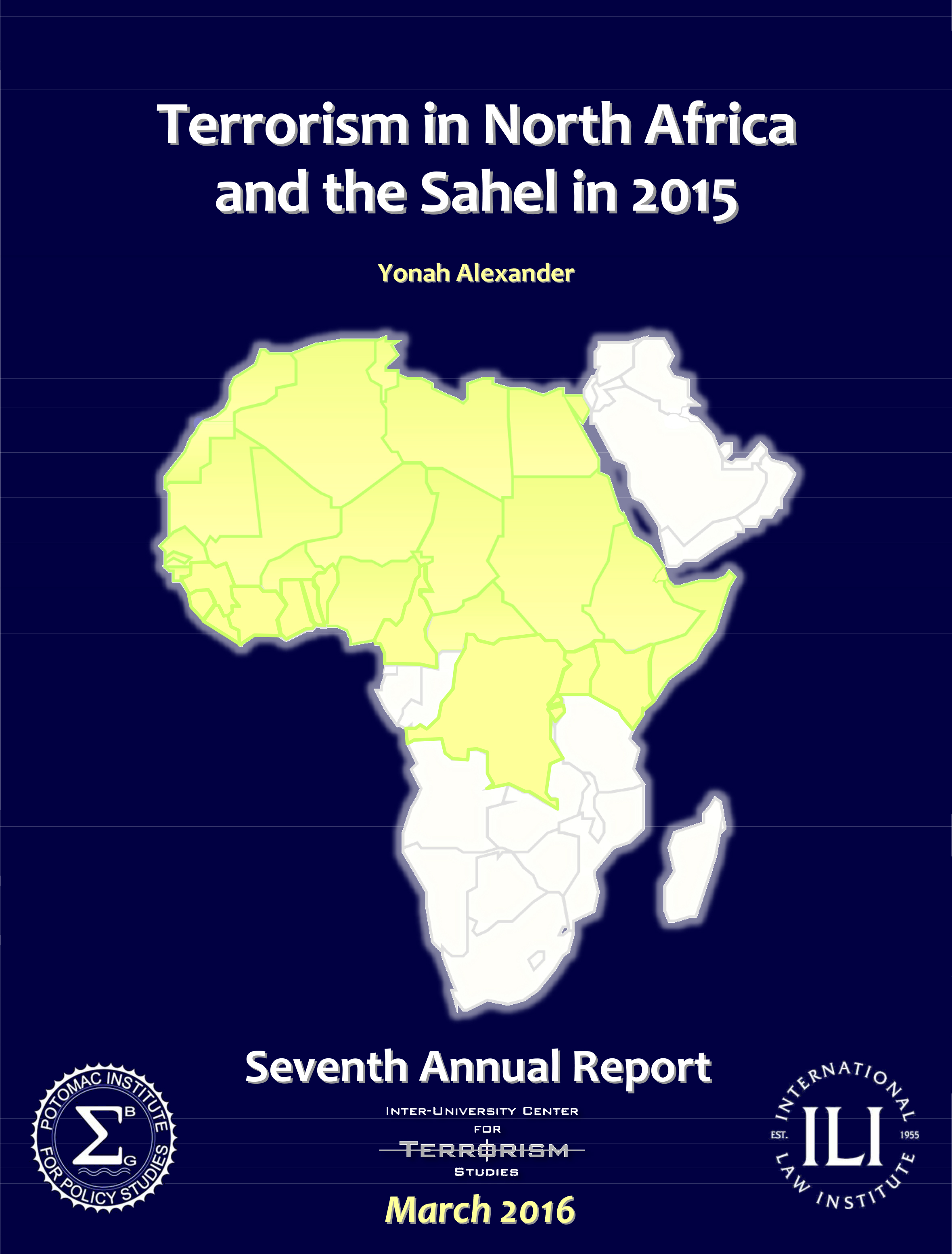 On March 30, 2016, the Inter-University Center for Terrorism Studies (IUCTS) published its seventh annual report, “Terrorism in North Africa and the Sahel in 2015,” authored by Prof. Yonah Alexander, Director-IUCTS. The report finds the region & global community facing the most serious security challenges since 9/11, from natural and man-made threats ranging from Ebola to extremism. The rise of the co-called “Islamic State” (Daesh) and the resilience of al-Qa’ida and their affiliates in Africa in 2015 have resulted in much greater instability on the continent with a costly strategic impact inter-regionally. The study recommends the U.S. & allies engage more effectively to slow a security crisis that is erupting across Africa’s “arc of instability.” Other recommendations include: