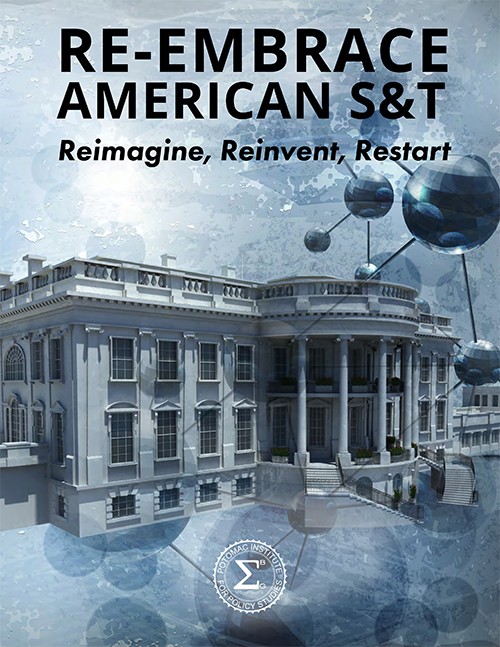 The election of a new president offers the country an opportunity to rebuild America with the innovation, inspiration, and leadership that has characterized the nation for two and a half centuries. America has always led the world in technology, new and bold ideas, and an innovative approach to solving problems and meeting challenges. Once again, it is time for the country to reembrace science and promote American leadership.

The Potomac Institute for Policy Studies was established over twenty years ago during a politically turbulent era. Newt Gingrich and the Republicans had just taken over Congress, written their Contract with America, and dissolved the Office of Technology Assessment (OTA) on the premise that it was too partisan when dealing with science and technology (S&T) policy issues (a decision that has been much debated since). The Potomac Institute was formed to fill the role of a non-partisan, objective, and technically-competent advisor to Congress and the Administration. The Institute—fiercely independent of party—was founded on the principles that 1) science should inform policy and 2) policy should foster the growth of science. The Institute’s most important work is anticipating emerging technologies and their associated policy implications, and with this knowledge guiding investments to shape our desired future.