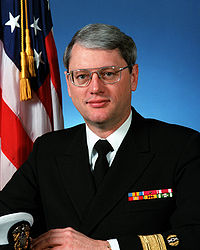 Rear Admiral Ted Gordon was the Senior Vice President Washington Operations for Alliant Techsystems Inc. (ATK) from 2001 to April 2007. Prior to that he worked for Litton Industries serving as Vice President for Washington Operations. In both positions, he was responsible for all company interface with Congress, the Federal Government, and all other customers in the Washington area. Rear Admiral Gordon retired from the U.S. Navy after having served in several senior positions. He was the Judge Advocate General of the Navy from 1990 to 1992. He had previously served as the Deputy Judge Advocate General of the Navy and as the Commander of the Navy Legal Services Command.