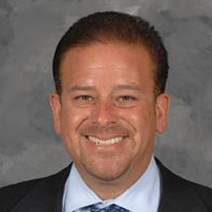 Raul Fernandez, Member, Board of Regents

Raul Fernandez has more than two decades of investing and executive experience helping scale innovative and fast-growing technology companies. Most recently, he served as Chairman and Chief Executive Officer of ObjectVideo, a leading developer of intelligent video surveillance software, which was sold to Alarm.com. He is also a Special Advisor at General Atlantic, a growth equity firm with more than $28 billion under management, providing strategic support and advice to the firm’s investment teams and portfolio companies.

Mr. Fernandez is well known in the technology industry and the Washington, DC area as the founder of Proxicom (NASDAQ: PXCM), which under his leadership evolved into a leading global provider of e- commerce solutions for Fortune 500 companies. Founded in 1991, he grew the company to over 2,000 consultants and $200 million in revenue before taking Proxicom public in 1999. He later sold the company to Dimension Data in a transaction valued at $450 million. From 2000 to 2002, he served as Chief Executive Officer for Dimension Data North America, an information systems integrator company, and as a director of its parent company, Dimension Data Holdings Plc, in 2001.

From 2001 until the company was sold in July 2017, Mr. Fernandez served on the board of directors of Kate Spade & Company, where he was Chairman of the Compensation Committee. Mr. Fernandez is also currently on the board of directors at AtSite, Inc., a privately held company that provides innovative building performance management solutions, and Perfect Sense, Inc., a digital application development platform. He previously served as Chairman of the Board, Chief Executive Officer and President of Proxicom, Inc., a publicly traded internet development and e-business consulting company he started in 1991. Mr. Fernandez also served as a member of President George W. Bush’s Council of Advisors on Science and Technology.

Mr. Fernandez has been profiled by The Wall Street Journal, Fortune, Forbes, CNBC, The Industry Standard, The Washington Post, and CNN.

Mr. Fernandez, a native Washingtonian, is an active philanthropist in D.C. regional nonprofits, focusing his energy primarily on educational reform. In 2000 he co-founded Venture Philanthropy Partners (VPP), a philanthropic investment organization based in Washington, DC. Mr. Fernandez is also the Chairman of Fight for Children, and a board member of DC College Access Program (DC-CAP) and the Fernandez Foundation.

Mr. Fernandez holds a bachelor's degree in economics from the University of Maryland.