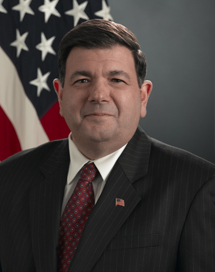 The Honorable Zachary J. Lemnios is a Senior Executive with over 40 years of experience in industry, government and academia, who has led the development and application of advanced technologies for national and global security. He served as Vice President of Research Strategy and Worldwide Operations, Vice President of Physical Sciences, and Vice President of Government Programs, globally across IBM Research.

Prior to joining IBM, Mr. Lemnios served three terms in high level civilian leadership in the Department of Defense with detailed and extended interactions across the whole of US government and with leaders across US allied nations. Mr. Lemnios was confirmed as The Honorable Assistant Secretary of Defense (Research & Engineering) by the United States Senate. In this position, Mr. Lemnios was the Chief Technology Officer for Department of Defense and shaped the Department’s technical strategy to support the President’s national security objectives and the Secretary’s priorities. He launched Department and international initiatives in large data analytics, decision support, engineering education, electronic warfare, cyber, autonomy, advanced propulsion, hypersonics, and directed energy concepts as future capabilities for the nation. Mr. Lemnios received special recognition from the Australian Government Department of Defence and was awarded Office of Secretary of Defense Medal for Exceptional Public Service and the Office of Secretary of Defense Medal for Outstanding Public Service.

Lemnios also served as the first Chief Technology Officer of MIT Lincoln Laboratory. He has authored over 40 papers, holds 4 patents in advanced GaAs device and MMIC technology and is a Life Fellow of the IEEE.