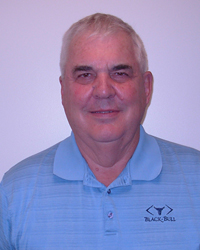 Scott Laidig is a co-founder of VisiCom Laboratories, the founder of the history website eHistory.com, and the biographer of General Al Gray, 29th Commandant of the Marine Corps and the Chairman of the Potomac Institute for Policy Studies' Board of Regents.

Mr. Laidig graduated with an AB in History from Ohio State in 1965, and was commissioned a Second Lieutenant in the US Marine Corps. He joined the 2nd Battalion, 4th Marines in February 1966. After Vietnam in 1967, with the rank of Captain, he was sent to the Russian course at the Defense Language Institute and subsequently assigned to Company E, Marine Support Battalion in Kami Seya and then Misawa, Japan. He completed seven reconnaissance missions aboard submarines of the Pacific Fleet. One mission was made famous in Sherry Sontag’s best-selling book about Soviet-American submarine operations, Blind Man’s Bluff.

Mr. Laidig left the Marine Corps in 1974 to work for two defense contractors before starting his own firm in 1982. He co-founded VisiCom Laboratories in 1989. Mr. Laidig met Gen Al Gray when the General joined VisiCom as a Director following his retirement in 1991. VisiCom grew to an organization with revenues approaching $60M when it was sold to Titan Corporation in 1997.

Mr. Laidig earned a Master's Degree in History from American Military University in 1995.  Retiring from corporate life, he founded eHistory.com, which was donated to Ohio State in 2004 and remains a popular history website at www.ehistory.osu.edu. In 2007, Mr. Laidig began writing a partial biography of Gen Gray. The Potomac Institute Press will publish Al Gray, Marine: Volume 1, The Early Years, 1950-1967 in 2012.  Mr. Laidig is currently completing Volume 2, which covers 1968-1975; Volume 2 should be published in 2013.