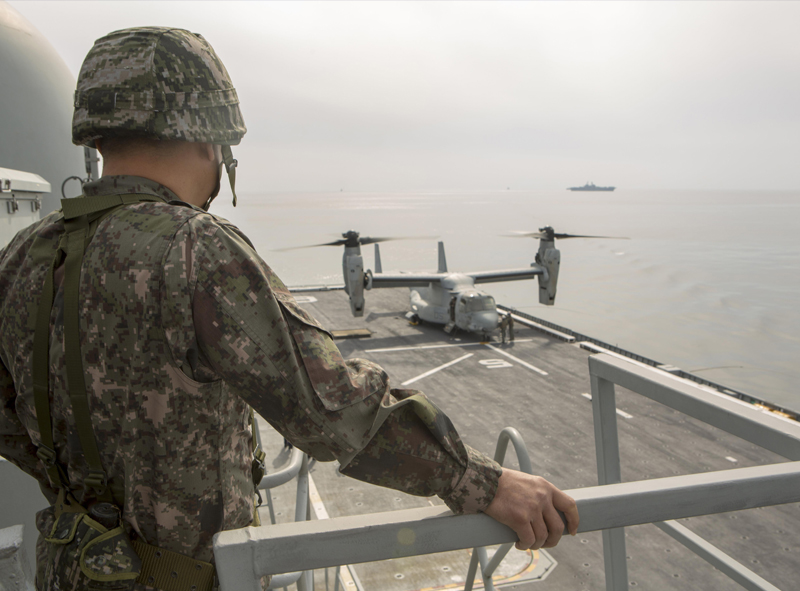 7 April 2016 - The Center for Adaptation and Innovation at the Potomac Institute for Policy Studies, as part of its Returning Commander Speaker Series, hosted Colonel Dasmalchi, commander of the 31st Marine Expeditionary Unit (MEU). This MEU was deployed from Fall 2014 to Spring 2016, and took part in multiple exercises throughout the Asia-Pacific region in support of Pacific Command (PACOM) requirements.

The 31st MEU uses a 6 month “Tight Turn” Deployment Operational Cycle, which starts when the unit deployment battalion teams arrives in mid-May. The 31st MEU is composed of 2,200 Marines and Sailors, of which 68 are permanent personnel in the command element. During its deployment cycle, the 31st MEU executed several amphibious and expeditionary operations to include the following:

• 12-18 July 2015: Exercise Talisman Sabre in Australia was conducted in support of the 3rd Marine Expeditionary Brigade (MEB), and was a partnership exercise to further naval integration with our Australian allies.

In their next deployment, the 31st MEU will combine a Special Operations Force Liaison Element (SOFLE) element, and in the future when the USS America is sent forward F-35s will deploy with the 31st MEU.