On May 14, 1796, Edward Jenner administered the first vaccine against smallpox.

Testing the correlation between surviving cowpox and being immune to smallpox, Jenner injected material from the cowpox lesions of a milkmaid named Sarah Nelms into eight-year-old James Phipps. Phipps did experience some side effects, including chills, mild fever and discomfort, and a loss of appetite, but he got better. A few months later, Jenner tested the efficacy of the vaccine by injecting Phipps with actual smallpox.

Though the vaccine proved successful, Jenner’s first paper was rejected by the Royal Society in 1797. He conducted more tests in the following years, leading him to publish An Inquiry into the Causes and Effects of the Variolae Vaccinae. Gradually, people began to support vaccination- by 1801, the Russian Empress was encouraging vaccination- and Jenner went on to receive worldwide recognition.

Despite this, Jenner was not technically the first person to discover vaccination, since Benjamin Jesty inoculated his family with cowpox more than twenty years earlier. However, Jenner was the first to treat it as a science and pursue its development scientifically, making him the “Father of Immunology.”

American politicians endorsed vaccination in its early stages. President Thomas Jefferson endorsed vaccination in 1806. In 1813, Congress passed An Act to Encourage Vaccination, which established the United States National Vaccine Agency. For decades, the government would even enforce compulsory vaccination to force the benefits of vaccination upon its citizens. Massachusetts, which in 1802 had been the first state to encourage vaccinating against smallpox, passed the first law mandating that schoolchildren be vaccinated in 1855. Since then, it has been common for schools and workplaces to have vaccine requirements rather than physically forcing people to get vaccinated. Unfortunately, not everyone accepts the science of vaccinations. In recent decades, the modern “anti-vax” movement has protested against such regulations, questioning the safety and efficacy of vaccines despite little to no evidence of danger.

Most recently, scientists have tested and have gotten emergency authorization for several COVID-19 vaccines. These vaccines were developed in record time due to the pressing need to reduce hospitalizations and deaths due to COVID-19 with the help of research on other coronaviruses. Already, schools and other places have instilled a COVID vaccine requirement in order to participate in person. However, people have been hesitant about getting these new vaccines, making it difficult to reach herd immunity.

Vaccines have been one of the greatest advancements in medical history. 225 years later, several vaccines have been developed in record time to address the current COVID-19 pandemic. Thanks to the vaccine, smallpox has been eradicated. Perhaps one day, the COVID vaccines will eradicate COVID-19 as well. 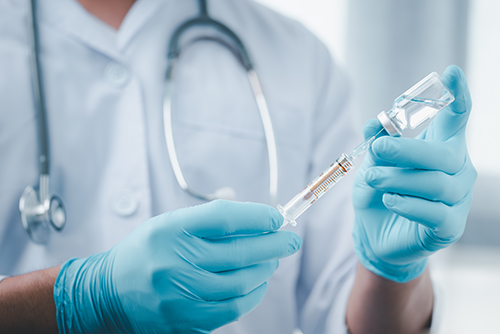