The Future of Deep Space Exploration 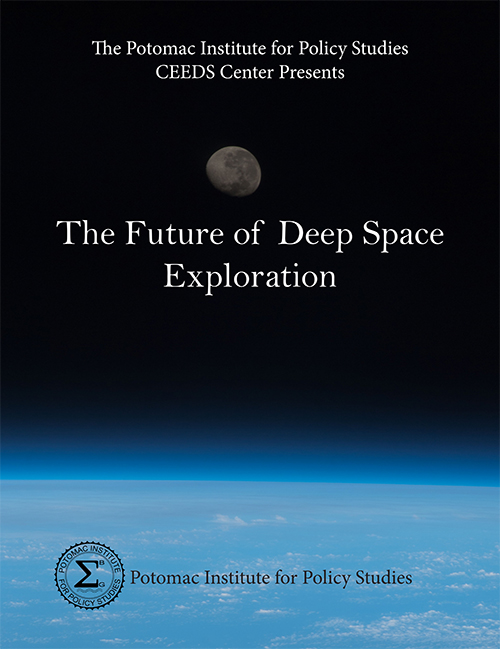 For decades, the US has led the charge in space exploration. American astronauts were the first to land on the moon. NASA’s Pioneer, Galileo, Voyager, NEAR, and Cassini-Huygens missions continued to forge ahead: first to fly by Saturn, Uranus, and Neptune; first to orbit Jupiter and Saturn; first to land on an asteroid and first to land on Titan. These are but a few of the achievements of American deep space exploration over the last five decades. So what efforts are continuing today, and what does the future look like? On October 16, 2019, the Potomac Institute for Policy Studies’ (PIPS) Center for Enterprise, Exploration, and Defense in Space (CEEDS) held a seminar titled: “The Future of Deep Space Exploration” to examine and discuss issues related to the next steps in the manned and unmanned exploration of our solar system.

It is important to first understand why it is beneficial to continue space exploration. The exploration of space has been a beacon of US leadership since the first moon landing. It has increased American prestige and allowed the US to be the de facto leader in developing the norms of space operations. Space exploration is the perfect opportunity for international collaboration to strengthen partnerships. Like the expedition of Lewis and Clarke, it is the first step in a greater move into the solar system. Without exploration, there can be no return trips, and certainly no permanent home elsewhere in space. Space science missions also allow us to understand the origin of our planet, our solar system, our galaxy, and even the entire universe. Furthermore, as is evidenced by each previous space program the technological development necessary to complete ambitious scientific and manned expeditions directly leads to advancements in science and technology for the rest of society. However, most of all, continued space exploration has a unique effect on the human species, raising aspirations skyward and inspiring dreams in hearts and minds across all ages.