The Holy Jerusalem: A Key to Middle East War or Peace? 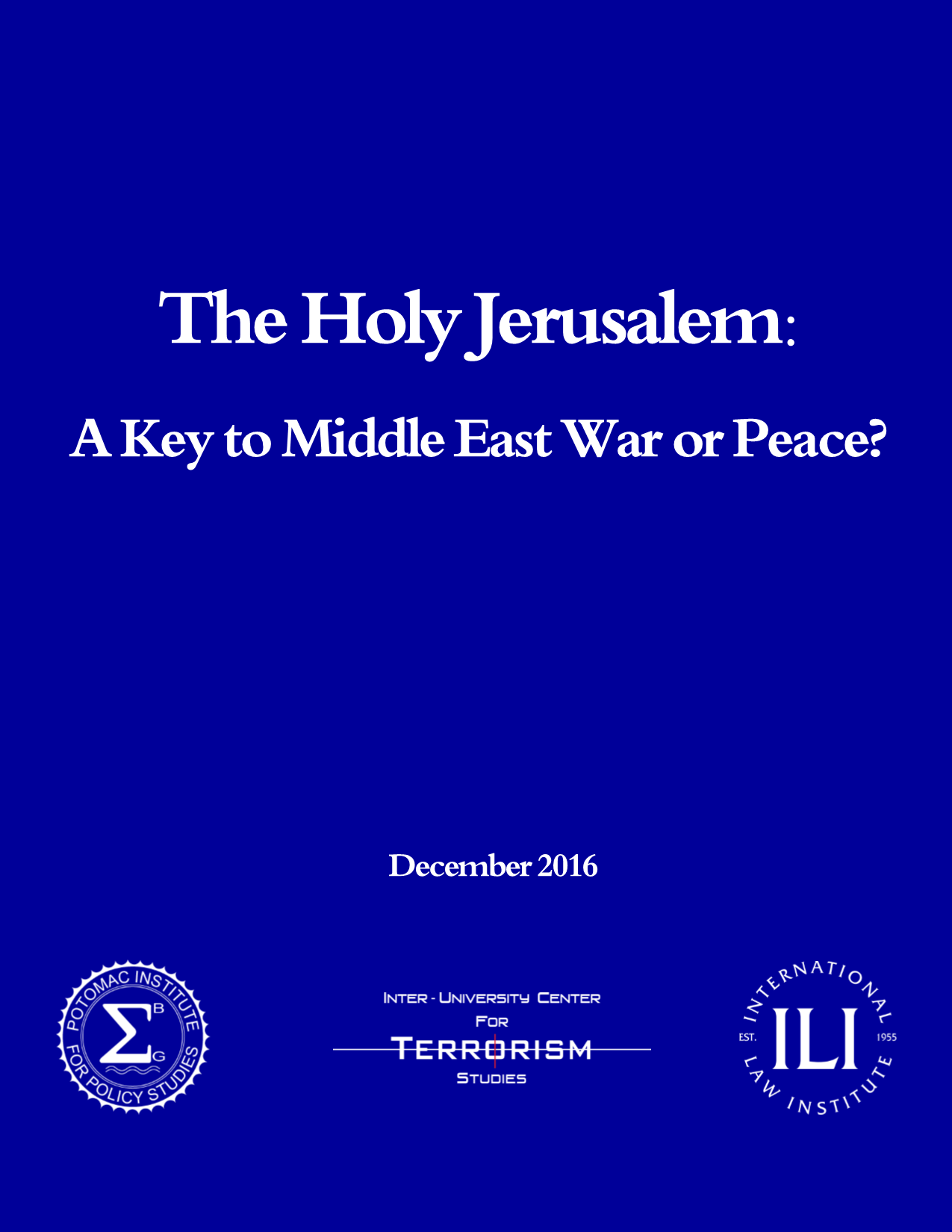 As the new administration of President Donald J. Trump is beginning to develop its Middle East foreign policy strategy, the decades-old Israeli-Palestinian conflict still persists. In addition to the multiple outstanding issues to be resolved by the parties, such as the need for mutual recognition and the settling of boundary disputes, questions remain regarding the future of Jerusalem, the Holy City, which is considered by Israel as its eternal capital—and which the Palestinians also see as their own capital in a future state.

This current report on "The Holy Jerusalem: A Key to Middle East War or Peace?" provides a recent academic effort focusing on two questions. First, can religion in general serve as an effective bridge to advance the cause of peace in the Middle East and elsewhere? And second, will the antagonists and their partisan Jewish, Muslim, and Christian co-religionists be capable of a peaceful resolution on the final status of the Holy City?