Combating Terrorism: The Role of Intelligence 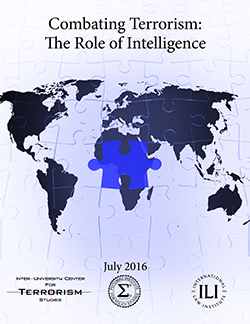 The failure of contemporary societies during the past sixty years in the post-World War II period to effectively combat terrorism at home and abroad is, indeed, puzzling. After all, all nations are fully aware that the most critical element in combating the challenge of terrorism is intelligence. That is, the knowledge acquired, whether overtly or covertly, for the purpose of both internal and external statecraft.

And yet, despite this awareness, the grim reality is that terrorism is still attractive and works. For instance, according to recent press reports, during the past year and a half alone some 2,063 attacks were recorded in the Middle East, Africa, and Asia, with a death toll of 28,031. Likewise, 46 attacks occurred in Europe and the Americas, and as a result of which some 658 were killed.1

The purpose of this introduction is to provide an academic context for the apparent lingering confusion regarding the nature and implications of intelligence in democracies. It presents a brief overview of the challenge of modern terrorism, outlines key aspects of the role of intelligence in confronting the threats at home and abroad, and reports on the two latest academic efforts in this security area that are incorporated in this study.2